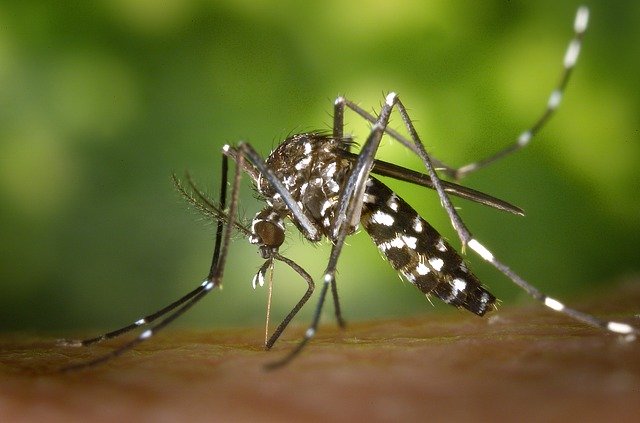 We are all hyper-focusing on the current coronavirus disease and it is, honestly, understandable. The current coronavirus pandemic, caused by the COVID-19 virus, is one of the biggest health crisis of the century. It has infected millions and has claimed thousands of lives all over the world. There are still questions when the threat would be cleared, but everyone is holding out hope that it will end soon.

However, our attention may have been diverted from other equally important news. Many people don’t know that other deadly new diseases are lurking. Debates go on about relevant news showing the scale with which the coronavirus pandemic grew could have been avoidable. Now that new diseases abound, it may not be the best time to look away. Should we ignore the possible signs that a new pandemic may be hidden by the coronavirus?

Just this August, China is being plagued once again by a tick-borne virus known as SFTS virus. According to reports from Chinese media, there are 60 recorded infections and seven deaths that are all linked to this disease. So far, there are no indications that human-to-human transmission has been recorded. But the possibilities are still high that the virus could evolve and such a transmission be made possible.

Looking deeper into the disease, this tick-borne disease was first recorded in 2011. Fortunately, it was easily detected and the number of cases was maintained at a low number. Symptoms for this infection include fever, vomiting, and diarrhea. The lack of immediate care could lead to multiple organ failure, low platelet count, and low white blood cell count.

However, new infection cases are being recorded and the number has increased significantly since it was first discovered almost a decade ago. There are clear indications that the SFTS virus has re-emerged. If no preventive measures are observed, the virus could become an even bigger problem as the mortality rate for this disease is high.

This disease is a viral illness impacting swine herds all over the world. It could be transmitted through contamination either from waste or food products. This is not the first time that a type of swine flu spread in the world. There had been numerous cases of different viruses causing swine flu in the past. Fortunately, the ASF cannot be transmitted to humans. Even if humans consume pork affected by the ASF, it is not overly concerning. The World Health Organization has pointed out that it is not a public health threat nor a food safety concern. For humans, as long as the meat is cooked thoroughly, it will be safe for consumption.

However, the disease could create lasting effects on food sources if unprevented from spreading. The ASF does not have a vaccine or a cure. The only way to prevent it from spreading is to wipe out swine herds affected by the disease. Should the virus spread in worrisome levels, the population of pigs in the world could be affected significantly.

News of a re-emerging Black Plague

An epidemic that struck in the 1300s, it is known to be the deadliest health crisis in human history. Based on historical records, there may be between 75 to 200 million deaths caused by this illness. It is caused by a bacteria known as the Yersinia pestis which is spread by fleas in rats and squirrels. Any animal infected with this disease could infect fleas which could then infect another animal or human they bite.

The symptoms include fever, chills, headache, and weakness. More severe forms can cause abdominal pain and shock. There could also be internal bleeding. Back then, this disease was incurable and can only be treated with a trial of antibiotics.  In 2019, two people in China perished from the Black Plague. Then in 2020, new cases were confirmed in Inner Mongolia. This year as well, one case of the Black Plague was recorded in the US. Must it be a cause for worry? Maybe and maybe not. Nowadays, antibiotics work within the first 24 hours of the onset of symptoms. It is both preventable and treatable. However, we know that these kinds of diseases are ever-evolving.

With all of these, other deadly illnesses must not be forgotten. Many developing countries still suffer from seasons with concerning cases of Ebola, Dengue, Malaria, Polio, Measles, Hepatitis A, and even Tuberculosis. Accessibility to treatments for these diseases must not be completely overshadowed by the COVID-19. Some of these illnesses, like Dengue, does not have existing vaccines past the clinical trials. Everyone must still ensure their safety from contracting illnesses even once COVID-19 has a proven vaccine.  Many of these illnesses could be avoided by proper hygiene, correct food preparations, and maintenance of overall wellness. Health must always remain a priority not just by the government but by everyone.

All allegations remain just as allegations, even half a year after the outbreak of the coronavirus pandemic in China. Everyone outside of the country is left to their own devices to decide whether or not what they see on social media is true. However, things take a different turn when the complaints start to trend… END_OF_DOCUMENT_TOKEN_TO_BE_REPLACED

In his latest weekly blessing at the Vatican, Pope Francis has warned Catholics about the dangers of gossip. Although his weekly blessing is not related to COVID-19, the current pandemic tormenting the world, he has raised important points that everyone must remind themselves of. Pope Francis has been in the highest seat of power in… END_OF_DOCUMENT_TOKEN_TO_BE_REPLACED