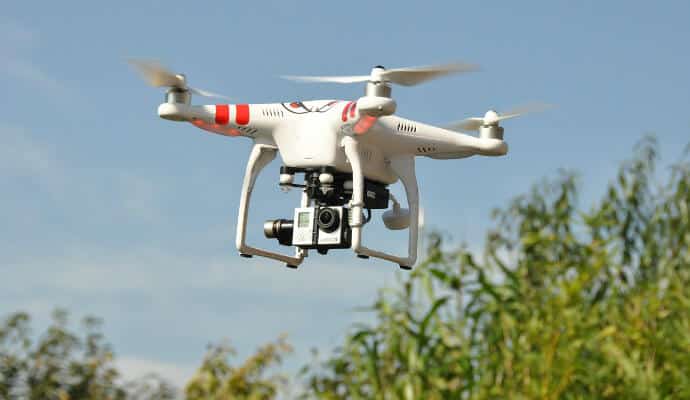 A drone dropped scores of bags of cannabis over Rabin Square, attracting people who scrambled to scoop up as many bags as they could tote.

The bags of pot were dropped by the Telegram group’s “green drone,” which promotes the legalization of weed in Israel, with the group’s slogan being “free love.” Before releasing the reefer over Tel Aviv, the organization published content on Telegram, hinting at the designed initiative. The message read: “It’s time my dear brothers. Is it a bird? Is it a plane? No, it’s the green drone, handing out free cannabis from the sky… Enjoy my beloved brothers, this is your pilot brother, making sure we all get some free love.”

The message too disclosed that the effort was part of the group’s festive unveiling of a new delivery system called “rain of cannabis.” The message stated: “We’re launching the ‘rain of cannabis’ project, that will include a weekly delivery to different parts of the country of 1 kilo of cannabis divided into free 2 gram bags.” The devisers behind the operation also discussed the impending threat of a lockdown levied by the government in an effort to curve the spread of the COVID-19 epidemic, saying that the predicament “requires thinking outside the box and coming up with new ways of getting cannabis to consumers.”

Law enforcement announced shortly after the event that it had apprehended two culprits in their 30s, who reportedly piloted the drone that traveled over Rabin Square which littered the bags of marijuana. According to officials, the distribution of a controlled dangerous substance is against the law. The suspects who were detained will be debriefed and dealt with consequently.

Cage Fighting Drones Put All Other Drones To Shame [Video]

Seems it was just like yesterday when we all fought over and hoarded HEAPS of toilet paper for no reason at all. All the memories are rushing in as the US suffers from a gas shortage. As expected, gas shortage memes are everywhere to bring light to our currently sad situation. Along the US east… END_OF_DOCUMENT_TOKEN_TO_BE_REPLACED

Israel’s Iron Dome has protected the country against missile attacks for years. The Iron Dome in Israel is the biggest of its kind in the world. No other countries in the world use the same air defense system, meaning it is one of a kind. The tension between Israel and Gaza has been going on… END_OF_DOCUMENT_TOKEN_TO_BE_REPLACED

The world is devastated by the news that Britain’s Prince Philip, the Duke of Edinburgh, has died at the age of 99. Palace media confirms that the Duke has expired mid-day today, April 9th. The announcement did not contain any specifics on the cause of death. The United Kingdom will enter a state of national… END_OF_DOCUMENT_TOKEN_TO_BE_REPLACED