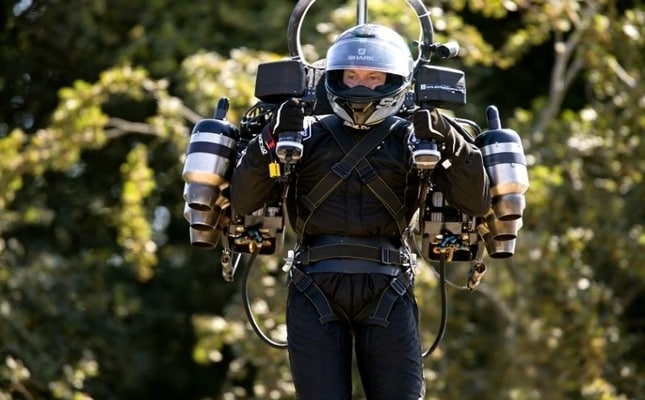 While on final approach to LAX, pilots landing at the airport reported seeing “a man in a jetpack” flying roughly 274 meters off their wing.

What makes the story even odder is that the airliners were dropping through 3,000 feet when the guy wearing a jetpack popped up next to them. According to reports, the air traffic control audio exchanges went like this: American Flight 1997: “Tower, American 1997, we just passed a guy in a jetpack.” Tower: “American 1997, OK, thank you. Were they off to your left or right side?” American Flight 1997: “Off the left side, maybe 300 yards or so, about our altitude.”

A pilot from pilot confirmed the visual: Skywest Flight: “We just saw the guy passing by us in the jetpack.” The tower then notified an ingoing Jet Blue flight to the cited jeopardy: Tower: “Jet Blue 23, use caution, a person in a jetpack reported 300 yards south of the LA final at about 3,000 feet, 10 mile final.” Jet Blue 23: “Jet Blue 23, we heard and we are definitely looking.” Another aviator interjected: “Only in LA.”

The airspace around Los Angeles International Airport is some of the busiest and most congested in the U.S. Having some buffoon careening through the skies in a jetpack near the airport’s approach path, particularly at the same altitude as the planes that are traveling through the landing thoroughfare, isn’t just batty, it’s downright perilous. There are several new jetpack-like conceptions that are unusually capable, however, all have a very restricted range and the majority have only really low-altitude trajectory envelopes. Yves Rossy‘s winglike jetpack is certainly capable of such a deed, though his flights have always taken place under well-coordinated and highly controlled conditions and in decontaminated airspace.