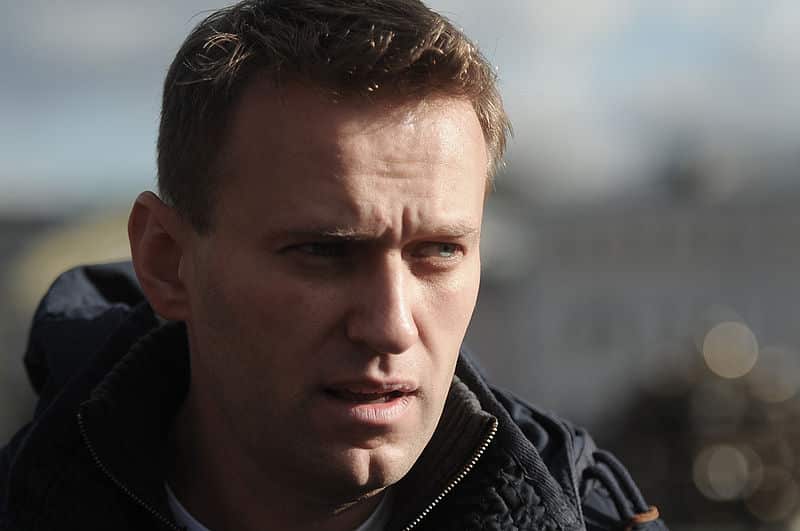 It is reported that the famous Kremlin critic, Alexei Navalny, suddenly fell ill during a flight back to Moscow. The plane went on an emergency landing in Omsk to send him immediately to a hospital. He immediately went into a coma and doctors are scrambling to keep his condition stable. Nations all over the world have offered their thoughts on the matter, while both offering a helping hand in his treatment and calling for an unbiased investigation of the incident.

The man against the Kremlin

Unbeknownst to many, Alexei Navalny gained popularity as the biggest critic of Russian President Vladimir Putin. He is a well-known political activist and is an advocate of anti-corruption in Russia. In the last decade, he is known to release documents, papers, and reports on controversial and scandalous multi-million dollar corruption allegations.

Berlin Film Foundation to the rescue

Multiple calls from his family and supporters were made for his rescue. They wish, and demand, that the lawyer be treated in a different country. Both France and Germany offered a hand at providing refuge. Germany sent over a medical flight to bring the bed-ridden Navalny over for further treatment. However, the request was initially denied by Russian doctors as there are fears over his stability for transport. A non-government organization and a Berlin Film Foundation, Cinema for Peace, publicly funded Navalny’s flight to a hospital in Germany. He remains in a stable condition, according to multiple reports.

How did a charitable film foundation get involved in Russian politics? Well, it was all for humanitarian causes and not (in any way) a political involvement from Germany. The charity was also able to help Pyotyr Verzilov (a member of a Russian political punk group) in 2018, also due to alleged poisoning. This man called onto Cinema for Peace to extend help to the humanitarian and political activist in the same way he received support years ago. Both men are (or were) being treated at the Charite University Hospital in Berlin, an institution well-known for taking in foreign patients, and even prominent political (medical) cases, from different countries all over the world.

No cause for Navalny’s illness has been released so far. However, there are suspicions that he was poisoned based on an initial investigation by German medical authorities. There is no confirmation to this point if the allegations are true. The Kremlin even pointed out that there is no immediate need to investigate the critic’s sudden illness. They even pointed out that they do not want the incident to “create damage to Russia’s ties with the West”.

Witness accounts show that he had nothing more than tea prior to his flight. An official report from the Omsk Regional Health Ministry was released indicating that there were no toxic substances or poison found in Navalny’s urine, only alcohol and caffeine were detected. Navalny’s spokesperson has, time and again, pointed out that Navalny did not drink alcohol or coffee prior to the flight.

What is interesting about this is that back in 2016, there were reports that multiple Kremlin critics have mysteriously died through the years. Some of these have originally fled Russia in hopes of privacy and protection from another state. A similar curious case that happened in 2012, Perepilichny died while jogging near his home in England. Inspectors found no foul play and ruled the death as “unexplained”. The curious evidence – a rare, poisonous flowering plant discovered in his stomach. A botanist from the Royal Botanic Gardens even claimed that the plant discovered could only be found in the Himalayas. It couldn’t have been found randomly in anyone’s garden, let alone randomly ingested. The most interesting fact is that it was historically known to be used by Chinese and Russian assassins. To this date, his death (among many others) remains a mystery.

Thoughts from other world leaders

Many world leaders have expressed their thoughts on the matter. In fact, French President Marcon was among the first to offer a hand to help. He offered the critic and his family both medical care and protection. US President Trump originally remained silent on the issue. However, Secretary of State Mike Pompeo, later expressed that the US government is deeply concerned about the matter should the investigation prove the poisoning to be true. This is also echoed by the British Foreign Secretary Dominic Raab. All other political leaders, who wished Navalny and his family well, are very worried about the situation.

Also Read: Kimberly Guilfoyle is the face of Trump Fanaticism

The moment he was inaugurated, immediate changes made by Biden made headlines across the country. These are many of the controversial issues and topics that were shunned and ridiculed by the former administration. Americans can finally breathe a sigh of relief that these concerns have finally reached government policies. It seems clear that Biden has been… END_OF_DOCUMENT_TOKEN_TO_BE_REPLACED

Presidential pardons are one and many in the history of the US. There are many times when US Presidents granted reprieves for their citizen’s misdeeds. The US President may grant a pardon for any individual, including himself, for any crimes done against the country and its citizens. This issue of Presidential pardons has been trending… END_OF_DOCUMENT_TOKEN_TO_BE_REPLACED