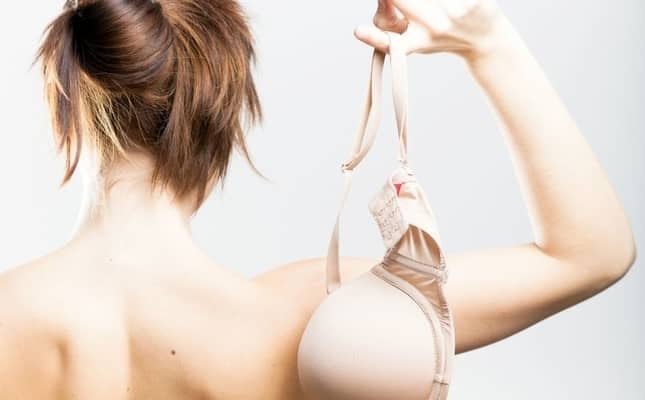 According to a recent survey, an increasing number of women in France are forsaking their bras in the name of liberty and comfort.

Like a thriving number of French females, Léa Ramsamy, 22,  is ditching her brassière. “This is the last bra I have left,” she says as she fishes the bra out of a drawer. I haven’t worn it for at least three months, I think. Two or three months anyway, and I didn’t wear it all summer.” The student is part of what has been named the “No Bra” movement: a flourishing trend in women shunning their bras throughout France. And similar to others, it was the coronavirus lockdown that sparked her decision to eradicate her undergarment. Scarcely departing the house, she became accustomed to not donning one.

“I went to a friend’s house for lockdown and when I packed my suitcase, in fact, it’s simple, I must have had three bras, that’s all, that I was alternating, I only took one and I hardly ever put it on. I only went out and bought groceries and stuff like that, so I just didn’t wear it.” While merely three percent of women claimed they rarely or never wore a brassière prior to the Covid-19 downturn, this surged to eight percent in the midst of the lockdown and afterward remained at seven percent, according to a new Ifop survey.

The fad is even more evident among ladies under 25 years of age, 18 percent of whom state in public they now frequently don’t sport a bra. Jean-Philippe Dubrulle, director of studies at Ifop, said: “So what we measured at the end of the lockdown is that this very particular period of isolation at home had indeed been the occasion of a real boom in the practice of No Bra, among all French women. The number of women who gave up the bra during the lockdown multiplied by three and even more among young women, those under 25, which multiplied by four or five.”

Woman Fights For Right To Be Braless On The Job; Files Human Rights Complaint

For anyone wondering who this MyPillow guy is, this article will tell you all about him and his role in Trump’s last struggle for power. It is almost second nature for the internet to find humor in many serious events in government. Could this be this generation’s way of coping? We don’t really know. Let’s… END_OF_DOCUMENT_TOKEN_TO_BE_REPLACED

Trump is the First American President who gets impeached for the second time. Trump’s second impeachment became a trending topic on Twitter after the terrifying terrorist attack on Capitol Hill on the 6th of January. Twitter is at it again, being flooded with memes and Twitter jokes surrounding Trump’s second impeachment trial. Americans are trying to… END_OF_DOCUMENT_TOKEN_TO_BE_REPLACED