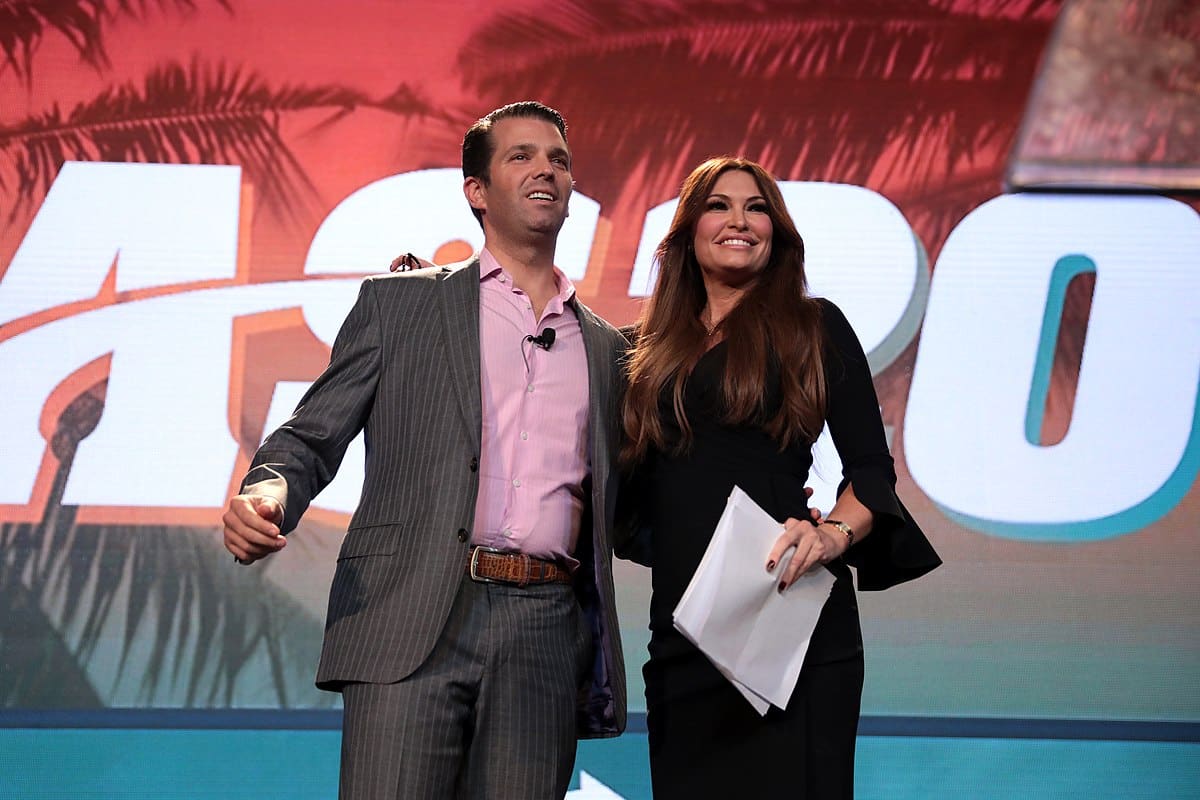 Kimberly Guilfoyle is not just a famous lawyer but she also currently works as an adviser to US President Donald Trump. The former prosecutor, and present girlfriend of US President’s son Donald Trump Jr., has opened the Republican National Convention and it is not exactly the political speech Americans were expecting. Her speech, or rather yelling, has garnered quite some interesting reactions. Many even thought that it was borderline cringe-worthy. Some are awed by the power of her speech. Others are shocked by her overwhelming statements. The rest are entertained by creating memes, gags, and jokes about the unusual and awkward speech.

Here are some of the crazy highlights of her speech:

According to a report from Psychology Today, Trump’s fearmongering is one of the reasons why he is so well-beloved by his supporters. Ms. Guilfoyle did not fail in highlighting this in her speech. She cast dark shadows over the opposition party stating that these people are out there to “destroy the country, steal liberties and freedom, control how citizens live” and other equally fascist statements.

Perhaps, the former prosecutor did this to create a more powerful message of hope. Maybe she did this to create a better fighting edge for the current president. It is clear that she got carried away by her undying support for Trump. It could be seen, in the way she loudly spoke her thoughts, that she has an oozing passion for the administration. People did not fail to notice this. In truth, many people kept on joking about it.

While Nikki Haley sells her soul, here’s an update on Kimberly Guilfoyle. After yelling all the way in the limo ride, Kimberly is now yelling at the waiter at The Capital Grille in DC. Kimberly needs a hug.

These kinds of statements defeat the purpose of rallying the masses to vote for platforms. Instead, it may be a cheap attempt to gather support by creating a more distasteful image of the opposing party. Somewhere down the line, there must be something Trump did that could gain the votes of Americans.

This is a common fanatic behavior – hyper-focusing on small achievements but ignoring pretty obvious lapses. President Trump has been facing continuous criticism for his failure to act on (e.g. blatant ignorance) of pressing social issues in the country. Now his term is finally coming to an end. Seemingly, his position to win again as US President may be more far-fetched than anyone could imagine.

Throughout Guilfoyle’s speech, she kept on mentioning how well President Trump fulfilled his promises to the Americans and all of his supporters. She even mentioned how the President is the protector of the American Dream. She even referred to the greatness of “Trump’s America” repeatedly. The lawyer highlighted that Trump “put America first” but did not mention it entails racist and anti-immigrant policies. She also proudly declared that Trump defeated the ISIS and “took out” leaders like Al-Baghdadi and Soleimani. However, she did not mention that this almost brought the US (and possibly the world) into the brink of war.

And no, she did not even mention anything about Trump’s stellar performance against the current pandemic, COVID-19. She also did not mention that the tax money returned “to the pockets of working-class Americans” is now gone due to unemployment caused by the pandemic. She also seems to forget that Trump remained mum about race equality protests that have been happening for the past few months.

An appeal to vengefulness

Just like how she painted the opposition in a darker light, Ms. Guilfoyle also appealed to the vengefulness of the masses. She likened her description of California as the future of the US without Trump. Specifically, she said that California is “a land of discarded heroin needles in parks, riots in streets and blackouts in homes“. From the way she described it, she is blaming opposition leaders for creating such mess and chaos.

The funniest of it all, Guilfoyle should be the first lady of California. Her ex-husband, Gavin Newsom, is the state’s current governor. Now many people are wondering, was she bashing California because it is the only state in the US supposedly “destroyed” by diplomats, or was she doing it just because? Famous The Late Show host, Stephen Colbert, even joked that the two’s divorce must not have been an amicable split.

The power of social dominance

It could be clearly pointed out that Trump keeps his listeners focused and entertained because he keeps placing the power into their hands. A psychological paper pointed out that social dominance orientations (or SDO) are evident in many of Trump’s supporters. These are people who are “relatively uncaring seekers of power and are usually motivated by self-interest or self-indulgence”. This could be clearly seen in the way Guilfoyle delivered her speech. Specifically, she touched on the abilities of the voters as a means of motivating them to vote for Trump. She kept mentioning that they are capable, qualified, and powerful. Is it a common political trick or a clear indication of Trump fanaticism?

The moment he was inaugurated, immediate changes made by Biden made headlines across the country. These are many of the controversial issues and topics that were shunned and ridiculed by the former administration. Americans can finally breathe a sigh of relief that these concerns have finally reached government policies. It seems clear that Biden has been… END_OF_DOCUMENT_TOKEN_TO_BE_REPLACED

Presidential pardons are one and many in the history of the US. There are many times when US Presidents granted reprieves for their citizen’s misdeeds. The US President may grant a pardon for any individual, including himself, for any crimes done against the country and its citizens. This issue of Presidential pardons has been trending… END_OF_DOCUMENT_TOKEN_TO_BE_REPLACED