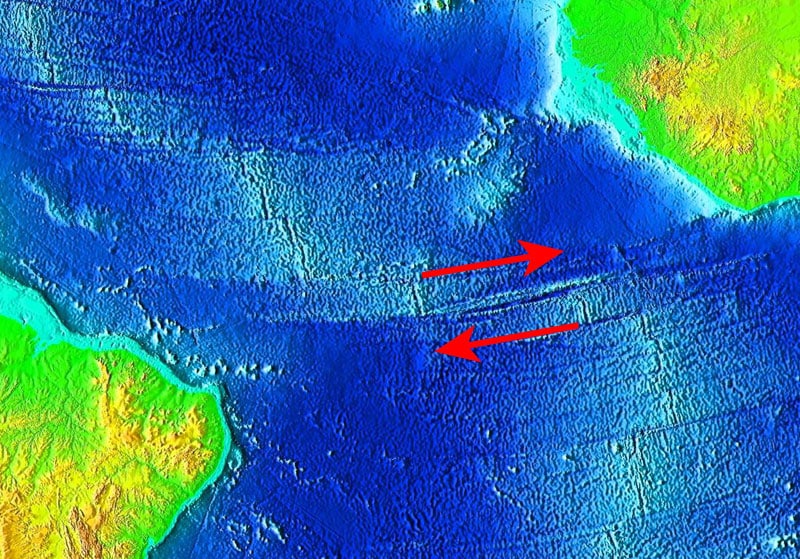 Scientists recorded a boomerang earthquake under the Atlantic Ocean for the first time in history. It all started from an unusual seismic behavior that was observed from a study of seismic activity data at the Romanche Fracture Zone in 2016. Scientists are celebrating this interesting discovery, but are fretting over the possible dangers, in any case, it occurs on land.

What are Boomerang Earthquakes?

A boomerang earthquake is scientifically referred to as a back-propagating supershear rupture. It is a seismic activity where a rupture or a crack occurs on the earth’s surface. However, instead of just a uni-directed crack, the crack returns to its initial point at even faster speeds.

This is the first time that such a rare event is ever recorded under the Atlantic Ocean. It is the first time anywhere on earth for that matter. It took scientists four years to determine that this is a special seismic occurrence and not some error on recorded data. Since the discovery of a possible boomerang earthquake in 2016 (and proving it in 2020), scientists have always been on the lookout for any seismic trends that could prove it is not just a one-time event.

Studying older data, is this new or just newly discovered?

The group of scientists that discovered the possible existence of boomerang earthquakes was researching an undersea supershear earthquake that occurred in 2016. From the data, they noticed that the direction of the earthquake rupture took an unexpected u-turn. This was the first time such an event was observed and there are no existing records of such an event in real-time.

The seismic data that occurred under the Atlantic ocean may the first time a boomerang earthquake is ever recorded. However, right now, there is no certainty that this data is the first of its kind. There are possibilities that there are other similar events that occurred in the past million years that went unrecorded or undetected.

An Earthquake to hit twice, are there risks?

It is a good thing that the boomerang earthquakes are recorded underwater, from a location far from the shore. There are higher risks and dangers if it will ever occur on land. Based on the recorded data, the boomerang earthquake has a bizarre behavior. It is observed to travel back to its starting point at a much faster speed than the initial wave. These fast speed earthquakes could create supershear earthquakes that travel at high speeds and could be likened to a sonic boom.

The consideration of movement, seismic strength, and direction of extremely fast rupture speeds like these may affect a variety of things. The design and construction of structures may be revised. Models of seismic hazards, seismic hazard maps, and the like are those possibly affected by any new seismic information. More detailed and lengthy studies (and additional data) are needed to create new knowledge of how these are going to be affected.

Are there possibilities that previously recorded supershear earthquakes are a result of boomerang earthquakes? Do these kinds of earthquakes occur only for strong or weak seismic activities? Are they caused by anything? These are just some of the questions that still need answers.

Also read: A look at the Latest Catastrophes Tormenting the World