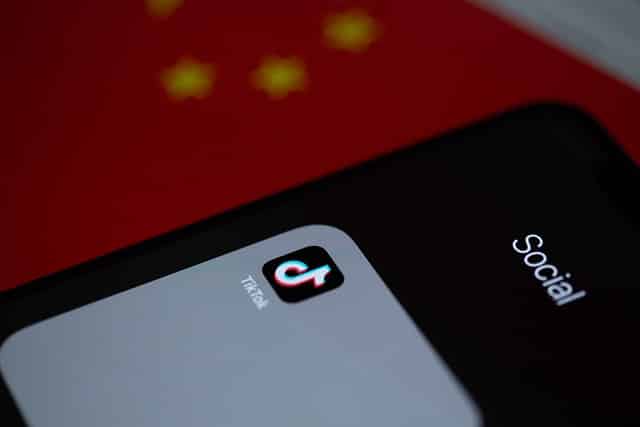 Earlier this week, US President Trump has banned US transactions with two Chinese-owned companies citing security concerns. There are allegations that these companies, through the WeChat and TikTok apps, submit sensitive personal data of US users to the national government of China. There had been on-going talks about this matter mid this year, but an official order has been released by the US government just this week.

The Difference in Losing WeChat to Losing TikTok

WeChat is a messaging app while TikTok is a video sharing app. Essentially, losing WeChat through the new executive order may create more personal effects than losing TikTok. In fact, it is found that more people would rather exchange WeChat details than exchange phone numbers. On top of this, it is widely known that a huge percentage of migrant students in the US are citizens of China. The ban on WeChat, and other Chinese apps, create worries over lost connections and links to these students’ families located in their home country. It is widely known that the Chinese government has banned other messaging services from Facebook, Google, and other applications locally. Banning WeChat in the US may completely cut ties between migrant students and their families back home.

In a simpler sense, the Trump administration cannot specifically ban TikTok and WeChat from operating within the US. However, the government can impose policies that would restrict US companies from transacting with these companies, just like it did Huawei in 2019. In turn, the owners of the apps may turn to selling their platforms or closing down a regional operation.

Although the original goal of these restrictions is to protect the national security and interests of Americans, it is inevitable that there will be devastating effects locally. One of these would be a major impact on trust from global businesses and investors. There are risks for long-term international investments if sudden, unclear government policies such as these are imposed. Other businesses may think twice before producing major operations locally in the US.

The confusion affects the tech industry widely. It must be pointed out that the scope of the ban is unclear. Both TikTok and WeChat are owned by large companies with multiple business ventures within and outside of the US. Many people are asking whether or not supplies of software, hardware, and cloud services from the US to these companies (and vise versa) are affected by the new executive order. Companies inside and out of the US are now scrambling to figure out how to deal with their transactions in the 45-day window provided by the US government.

China is known to be one of the biggest consumers of Apple products (like the iPhone) in the world. Surveys show that users from China are more than willing to trade-off their iPhones to other mobile phone brands in case WeChat becomes unavailable from the Apple Store. Experts show that this could lead to a whopping 30% drop in iPhone sales.

A ripple effect of withdrawal

The TikTok and WeChat ban in the US not only affects the company that owns these applications. It creates a chain-link of effects that ripples through various industries. These may not be immediately felt, but long term effects of the bans are apparent.

Digitally, the bans on TikTok and WeChat may affect various cloud services. Back end services like servers, clouds for processing data, and cloud storage will be withdrawn. This is a loss for third-party companies that provide these essential services to the US operations of TikTok and WeChat.

In the bigger picture, the effect on the community is one of the biggest hurdles. In case the physical office of the US operations close down, employees would naturally lose their jobs. Since the offices may close down, this will affect the livelihood of various businesses that provide goods to this company. This may include rent, utility, concessionaires, and even businesses located within the area of the office. On the bigger picture,

Users are most affected as well.  The reduction of sales generated by paid advertisements and brand sponsorships will be apparent. There will surely be a loss of monetization for some bloggers and influencers, as well.

In a more anthropological sense, users of TikTok might feel slightly oppressed by the ban. A simple video sharing app may be a platform for some groups of people to share and vent out their advocacies. In truth, with the ongoing pandemic and social-racial unrest in the US, many people take to TikTok to share their thoughts and opinions for or against the government and its policies. Since there are millions of users all over the United States, the use of TikTok is a great way to reach a wider audience. The TikTok ban effectively removes access to such a wide range of people. It also removes the ‘voice’ of some advocacy groups or individuals that primarily use TikTok as a platform.

Also Read: US Government Might Ban TikTok, Here’s Why

All allegations remain just as allegations, even half a year after the outbreak of the coronavirus pandemic in China. Everyone outside of the country is left to their own devices to decide whether or not what they see on social media is true. However, things take a different turn when the complaints start to trend… END_OF_DOCUMENT_TOKEN_TO_BE_REPLACED

In his latest weekly blessing at the Vatican, Pope Francis has warned Catholics about the dangers of gossip. Although his weekly blessing is not related to COVID-19, the current pandemic tormenting the world, he has raised important points that everyone must remind themselves of. Pope Francis has been in the highest seat of power in… END_OF_DOCUMENT_TOKEN_TO_BE_REPLACED