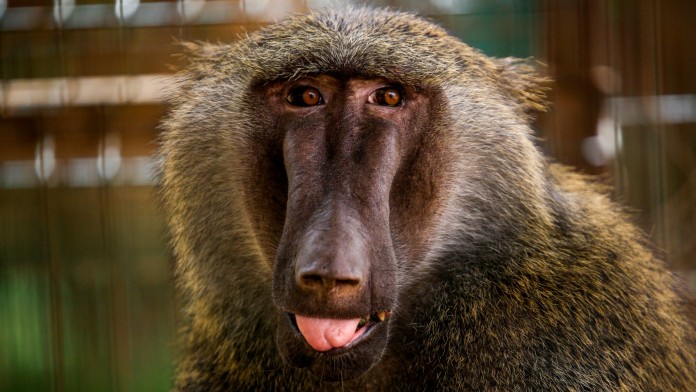 A wandering crew of baboons equipped with knives and a chainsaw even has been sowing fear and stirring mayhem in a safari park.

At the Knowsley Safari Park in Merseyside, the lurking primates are known to have ransacked vehicles, tearing off mirrors, and windshield wipers from them. However, the baboons have been spotted recently bearing an assortment of weapons, including screwdrivers, blades, and a chainsaw, leaving some employees to presume that guests have furnished them with the lethal items for a laugh, according to reports.

One worker told the reporters: “We’re not sure if they are being given weapons by some of the guests who want to see them attack cars, or if they’re fishing them out of pickup trucks and vans. They will literally go into people’s toolboxes and carry them around. One of the baboons was seen lugging around a chainsaw.” Officials at the park shoved back at the reports, hinting that weaponed apes were an urban legend. Knowsley Safari informed the news outlets: “We believe many of these stories have grown in exaggeration as they’ve been retold, with embellishment to make the objects that are sometimes found in the enclosure seem more exciting and unbelievable.”

One mechanic said to reporters: “People know what’s going to happen when they drive inside. I’ve had two customers this year who became victims of those baboons. I have a mate with a garage in St. Helens and it’s exactly the same. The kids start chirping up saying they want monkeys all over the car, and the next thing you know, you’re driving home with no registration plate. Good money for us, mind you, so I’m not complaining.”