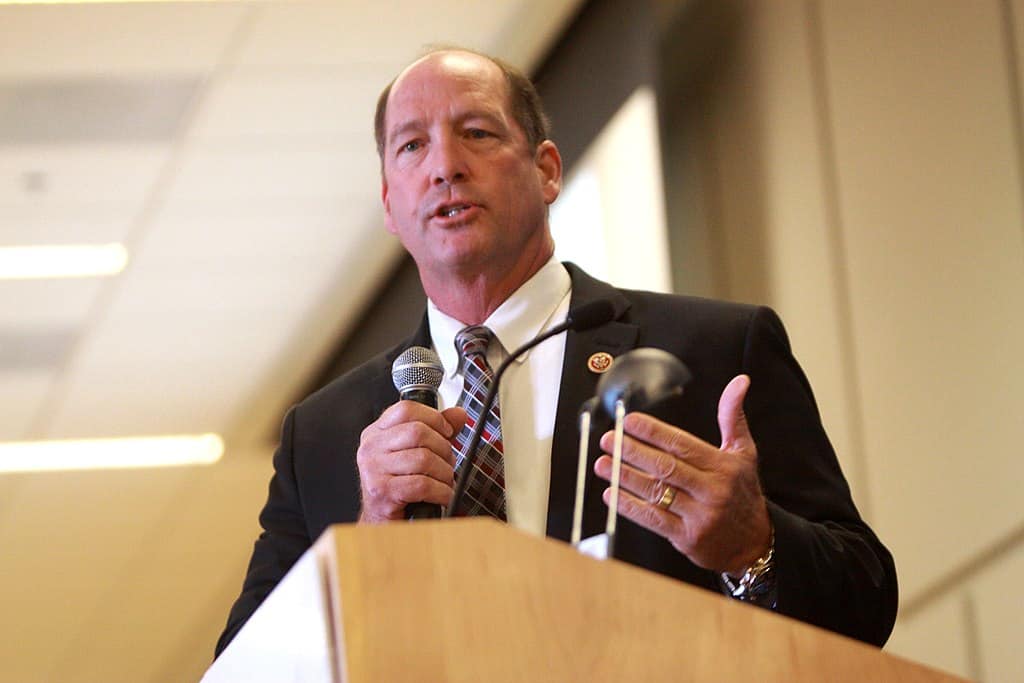 Just recently, a controversy arose in the House of Representatives after Florida Representative Ted Yoho was heard muttering sexist expletives against the famous New York lawmaker Alexandria Ocasio-Cortez (AOC). The latter, since she took her seat of power, had been receiving non-stop criticism from the public and her fellow lawmakers. The reason? She is young, she is fresh, and she is a woman.

Allegedly, a newspaper reporter overheard a confrontation between Rep. AOC and Rep. Yoho after a discussion about unemployment due to the recent pandemic. Seemingly agitated by the discussion, Yoho has been reported to have insulted the young representative to her face. She was called insulting words like ‘crazy’ and ‘disgusting’. It is also reported that Yoho kept on accosting her, even if AOC already stepped away from the conversation. The worst of these is Yoho calling her sexist expletives, which he originally denied.  Representative Yoho still continues to deny what he allegedly said. He even said that having a wife and two daughters make him aware of his use of language. Representative AOC has taken to social media to share her thoughts on the issue.

I never spoke to Rep. Yoho before he decided to accost me on the steps of the nation’s Capitol yesterday.

Believe it or not, I usually get along fine w/ my GOP colleagues. We know how to check our legislative sparring at the committee door.

Women in US Politics

Time and again, experts have discussed the apparent gender inequality in US politics. There had been discussions on whether election turnouts are significantly affected by bias coming from American voters. In fact, there are researches that show a wide gender gap in leadership in the US. As it turns out, more people would want to see women in leadership. However, they admit that men have it easier to reach the goal. This is clearly seen in the fact that Hilary Clinton is the FIRST woman to ever be nominated for the presidential run.

Women had come a long way in establishing their positions in society, particularly in US politics. They have fought for their rights to vote and rights to education. Women formed associations that would lobby for equality in employment and wage. Eventually, women finally had a chance to be voted onto a seat of power in the US government. This allows them to lobby for policies for protection, security, and many more. Even if women had come a long way to fight for equality, it would seem that there is still an even longer way to go when it comes to acceptance of equality.

Why Raising this issue matters

In this matter, many people are so surprised at why this issue on Teddy Yoho muttering sexist expletives under his breath against AOC blew up the way it did. There are even words of support claiming that ‘he must have said it in the midst of his anger’, or ‘surely, he didn’t mean what he said’. The actions from Representative Yoho is a clear representation of the disparity and inequality of genders in US politics. Women in politics simply cannot take unnecessary abuse from their colleagues which are rooted from gender bias.

What is even more disturbing is the blatant refusal of Representative Yoho to admit what he said, and that what he did is an example of abuse towards women. He may have given an apology, but this has received sharp criticisms from both critics and the public. It would that he was giving excuses, disguised as an apology.

It’s simple: if a man in his position and power cannot respect a woman who is considered as his equal, how can there be expectations for other men to respect women in power? How can a man, who claims that he is a loving husband and father, still accost a woman through abusive language?

The Official Apology and Rejection from AOC?

Originally, the Florida Congressman denied the allegations made by the news report claiming that he might have been misheard. Besides, healthy and intelligent banter between representatives cannot be avoided. However, this does not explain his unprofessional behavior against his colleague – no matter the gender. It is reported that he apologized to AOC for his ‘abrupt manner of conversation’. He also said that he cannot apologize for ‘his passion, loving his family, and loving his country’.

On the other hand, AOC has taken again to social media to express her apparent rejection of the apology. At the end of her Tweet, she blatantly said that ‘Yoho is refusing responsibility’.

Republican responds to calling a colleague “disgusting” & a “f—ing b*tch” w/ “I cannot apologize for my passion” and blaming others.

I will not teach my nieces and young people watching that this an apology, and what they should learn to accept.

For anyone wondering who this MyPillow guy is, this article will tell you all about him and his role in Trump’s last struggle for power. It is almost second nature for the internet to find humor in many serious events in government. Could this be this generation’s way of coping? We don’t really know. Let’s… END_OF_DOCUMENT_TOKEN_TO_BE_REPLACED

Trump is the First American President who gets impeached for the second time. Trump’s second impeachment became a trending topic on Twitter after the terrifying terrorist attack on Capitol Hill on the 6th of January. Twitter is at it again, being flooded with memes and Twitter jokes surrounding Trump’s second impeachment trial. Americans are trying to… END_OF_DOCUMENT_TOKEN_TO_BE_REPLACED