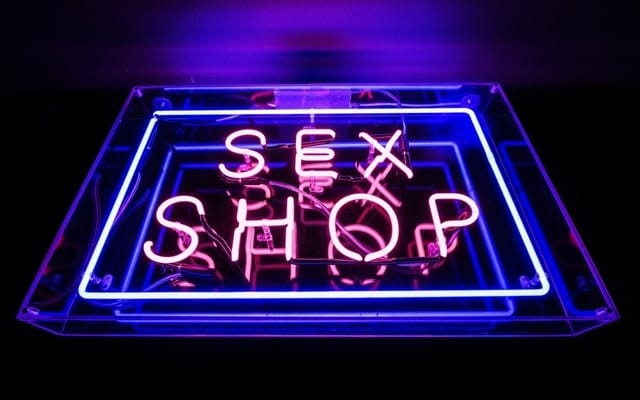 The masked perpetrator was busted on video as he swaggered into the Déjà Vu Love Boutique in Sin City and seized the giant 3-foot-tall, 40-pound shaft positioned on the sales floor, according to reports. The man lifted it up over his right shoulder and nervelessly left the sex shop, stuffed the member into his car, and rode off. Staffer Ryan Carlson told local reporters: “Sadly, the pandemic has encouraged even the scummiest of scumbags to steal the strangest products from innocent businesses.

“This landmark item in our store is worth nearly $2,000, so if you happen to see a 3-foot penis sitting around, please turn in the 6-foot-tall dick who stole it. We can only hope that this thief finds Jesus and returns the item or the law finds him and throws him in prison where he belongs!” Laura, another store worker, who refused to give her last name, told reporters that the alarming phallus is dubbed The Moby, presumptively in homage to “Moby-Dick, ” Herman Melville’s classic.

The Michelle Obama Podcast was released on the 29th of July and can be streamed on Spotify, both for free and premium users. The world is currently hyped that the Former First Lady of the United States has released the first episode of her latest podcast. What made listeners even more excited was when she… END_OF_DOCUMENT_TOKEN_TO_BE_REPLACED

Research in Britain has deduced that there are a total of six “general” classifications of COVID-19 symptoms. The research, originally published in June of 2020, has revealed that the symptoms of COVID-19 can be generalized into six different categories. This is based on the data collected from a symptom tracking app. It has been widely proven… END_OF_DOCUMENT_TOKEN_TO_BE_REPLACED