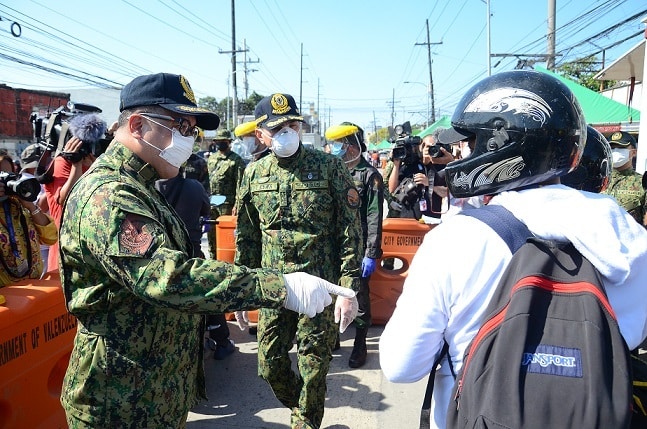 The newest coronavirus disease (also known as COVID-19) is one of the largest pandemics in modern history. Many countries in the world deployed their military personnel to fight while the world is currently battling against this invisible enemy. World governments have used all their avenues to fight against this virus, even involving the police and military as necessary.

Militarized healthcare may be effectively defined as the intense participation of the military and police in a health crisis. Many citizens have questioned this action from the government. Guns cannot fight against an invisible enemy, doctors and medicine do. However, involving the police and the military to fight against the virus is not necessarily a bad thing. In truth, there are justifiable reasons why many world governments have chosen to do so.

Countries that Involved the military against Pandemic

There are many countries around the world, almost all actually, that deployed hundreds of thousands of troops to aid in the fight against the coronavirus. The government did not necessarily deploy the military to hospitals to provide medical aid. Instead, the military is essential in enforcing the new set of quarantine rules. The healthcare system relies strongly on these quarantine rules. This involves imposing social distancing rules, wearing of facemasks, checking of temperatures in public places, and more. One of the most important roles of the military in the healthcare system is to disseminate correct information to the public. In addition to this, the military and the police have is to use aid healthcare workers in screening and transporting patients.

Here are a few countries that received intense backlash from the public:

The Brazilian government has been receiving widespread criticisms on how it handled the COVID-19 crisis. This is because they are one of the most hit countries in the world. To make matters even more questionable, the President of Brazil appointed a military officer as its health minister. Because of this decision, he has received lashing comments from the citizens. They pointed out that there must be some expert somewhere in Brazil that better fits the requirement for this health pandemic.

The UN originally commented on how intensely militarized the quarantine response is in the Philippines. Policemen and soldiers guard multiple check-points around the cities. Those who do not follow the quarantine protocols are given strict punishment. Soldiers and police survey the streets at night to impose strict curfews. However, news about death caused by military and police personnel are widespread in the country. Experts all over the world call out various human rights violations which are allegedly disguised as COVID-19 prevention measures.

Why Militarize Healthcare against the Pandemic?

In any type of crisis, the involvement of the citizens is critical. The main goal is to keep people in their homes and reduce person-to-person contact. The pandemic forced schools to close down and businesses to temporarily shut down. Local governments must prohibit the use of public places. Social activities like parties, conferences, and events must be postponed.

It is important to note that the enforcement of the new quarantine rules should be a peace mission. The purpose of the authorities is to reduce the chances of unjustifiable unruliness from the citizens. There are many reasons why the military and police must be deployed. The first is to only remind people of the quarantine rules. The second is to aid them should they be in need. This is especially true for health emergencies. The deployment of these authorities should not be a means for the government to exact control over the citizens. People must still be able to exercise their rights. The military and the police must not overstep boundaries in keeping the peace.

Did militarization aid in solving the Pandemic?

Without the help of authorities, citizens could easily forget to follow the new social rules. However, there are instances where the militarization of healthcare already exceeded its purpose. Human rights experts all over the world are pointing out a variety of human rights violations that occurred since the start of the pandemic. Unsurprisingly, many of these human rights violations involve people in uniform and other sorts of government figures. This is where the government must draw the line. Many countries in the world have given unnecessary power to the police and the military. Unfortunately, many people in uniform tend to abuse this newfound power.

The Michelle Obama Podcast was released on the 29th of July and can be streamed on Spotify, both for free and premium users. The world is currently hyped that the Former First Lady of the United States has released the first episode of her latest podcast. What made listeners even more excited was when she… END_OF_DOCUMENT_TOKEN_TO_BE_REPLACED

Research in Britain has deduced that there are a total of six “general” classifications of COVID-19 symptoms. The research, originally published in June of 2020, has revealed that the symptoms of COVID-19 can be generalized into six different categories. This is based on the data collected from a symptom tracking app. It has been widely proven… END_OF_DOCUMENT_TOKEN_TO_BE_REPLACED