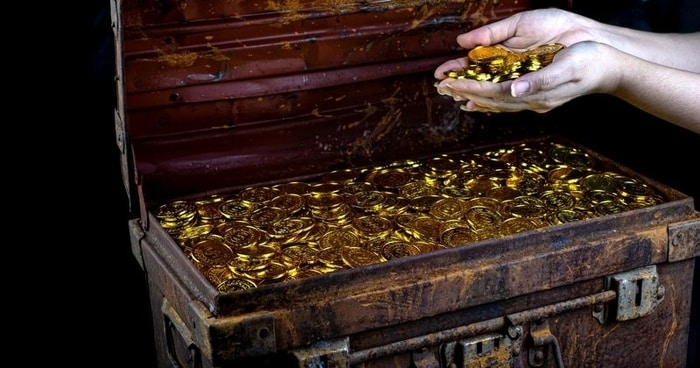 “I said Amy, we can take everything out and retire or we can bury it across the state of Michigan,” Perri said. He and his spouse Amy went with the second option – burying treasure worth a million dollars in dozens of sites north throughout the Upper Peninsula, from metro Detroit. “We went through waterfalls, streams, we kayaked everywhere. As soon as I release the clues the race is on,” Perri continued. “I was going nuts at home with nothing to do pacing back and forth.”

The squeeze of the outbreak was too hard on his business. So, after 23 years, Perri is shutting, with a new way to earn loot. They are slinging “Treasure Quest” tickets and ticket holders will receive a set of clues on a particular date. He explained: “You follow the riddle, you got a little wit, a little adventure in you, you’ll find it quick – I don’t expect it to go more than a week.” How much is each prize worth? Approx $4,000. There is a finite amount of tickets for every Treasure Quest, however. “We have a GPS in there so I know if it’s moved,” Perri elaborated.

August 1 is when the first hunt launches. Perri said: “This one is about approximately $4,200 with the price of silver at $20 an ounce.” It took roughly four months to set the quest up – selecting locations distinctive his life and his reinvented life as a wed man. “A lot of perseverance, it’s what bonded us,” Perri added. “Giving people adventure is giving them something to believe in again, besides this COVID crap.”

The Michelle Obama Podcast was released on the 29th of July and can be streamed on Spotify, both for free and premium users. The world is currently hyped that the Former First Lady of the United States has released the first episode of her latest podcast. What made listeners even more excited was when she… END_OF_DOCUMENT_TOKEN_TO_BE_REPLACED

Research in Britain has deduced that there are a total of six “general” classifications of COVID-19 symptoms. The research, originally published in June of 2020, has revealed that the symptoms of COVID-19 can be generalized into six different categories. This is based on the data collected from a symptom tracking app. It has been widely proven… END_OF_DOCUMENT_TOKEN_TO_BE_REPLACED