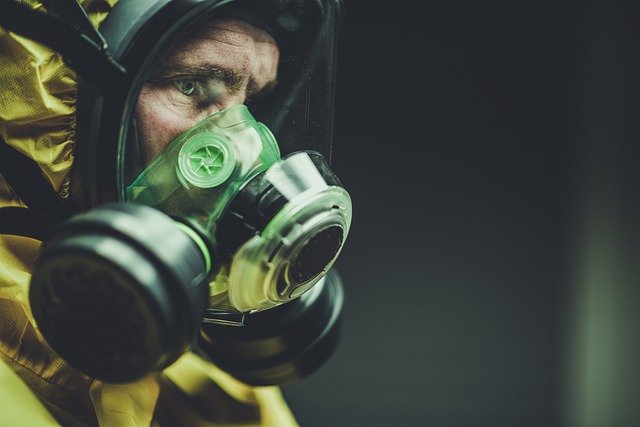 The world is currently crippled by a widespread health crisis. A disease that has claimed thousands of lives around the world is caused by a new strain of coronavirus, also known as COVID-19. Businesses and schools are closed and people are forced to stay in their homes. Nobody knows what is going to happen next. The best thing to do is to wait it out and stay home.

Over the course of the past few months, multiple world leaders were reported to have contracted the virus. The very pillars protecting the citizens against the threat of the virus have fallen victim to its wrath. These people are still human after all. In truth, world leaders are more susceptible to getting exposed to the virus. This is because, despite the quarantine protocols, they have so many engagements to attend to. There will always be pressing matters to make decisions for. The citizens of their country await their plans on how to combat the virus, protect the people, and uphold the economy. This is why it is almost impossible to keep world leaders inside the home.

In many parts of the world, government officials and leaders were reported to have contracted the virus. Thankfully, most have already recovered and are back to serving their countries once more.

The continent was the first hotspot of the virus. Since the virus originated in one city in China, where many businesses converge, it was impossible to contain it and prevent its spread in neighboring countries. The advent of tourism and business in Asia, originally the source of economic growth, became a surprising threat. Early on, in February of this year, there were reports that cases in Iran are rapidly increasing. Their Vice President for Women and Family Affairs Masoumeh Ebtekar is one of the first government officials who contracted the virus.

Then in April, news spread as well that Israel’s Health Minister Yaakov Litzman and his wife also contracted the virus. Since he was a part of the frontline fighting against the virus, he was constantly in the presence of the Israeli President. When the health minister tested positive, the President of Israel was forced to enter quarantine as well.

It was surprising how the virus spread so rapidly in Europe. Millions were infected and hundreds of thousands passed away. It was even more surprising that government officials and even royals contracted the virus. Among these would be Prime Minister Boris Johnson of the UK, French Minister of Culture Frank Riester, First Lady of Spain Begona Gomez. Prominent royals were also reported to have contracted the virus. This includes Prince Joachim of Belgium and Prince Charles of the UK.

Canada’s First Lady, Sophie Trudeau, was also reported to have contracted the virus. This is why the Prime Minister of Canada was forced to enter quarantine and attend to state affairs in his home. It was also reported that the First Lady may have contracted the virus after a state trip to Spain. Thankfully, their symptoms remain mild and they have soon recovered from the virus.

After continuously denying and ignoring the effects of the virus, Brazilian President Jair Bolsonaro tested positive for coronavirus. Despite this, the President still receives intense criticism from his countrymen for failing to speed up actions and solutions to the virus. He was even more criticized after he vetoed COVID-19 aid for the indigenous groups of Brazil.

Another President from South America, Honduran President Juan Orlando Hernandez also tested positive for coronavirus. Unlike other world leaders, he was one of those severely affected by the virus and was taken to the hospital. Gratefully, he was cleared of the virus in less than two weeks. He is now undergoing recovery and is currently attending state affairs at home.

The continent has the least number of infections out of all the continents in the world. The infection rate was also slow, while infection rate abroad was rapidly increasing. However, there were still multiple government officials who were infected by the virus. This includes various ministers in Burkina Faso, the First Lady of Burundi Denise Nkurunziza, and more. However, the latest news reports that there is also an increasing number of cases in Ghana, South Africa, and Senegal.

Will the virus ever die?

To date, there is still no known cure for the virus. Treatment success for patients is not consistent. There are miraculous successes, but there are also sudden bodily failures. Some have severe symptoms, others have none. What is more horrifying is the fact that the world is currently fighting an invisible enemy.  Clinical trials for the vaccine are still underway. There are hopes that further spread to communities will decline with the strict enforcement of social distancing and hand washing. Wearing of facemasks have also been proven to reduce spread.

Also Read: Teens are disguising as mask-wearing grandmas to try to buy alcohol

The US arms sale industry is large and successful. More than 30% of exported weapons in the world come from the United States. They supply to no less than 90 nations making it one of the largest suppliers of weapons in the world. The US makes an estimate of almost 200 Billion dollars in annual… END_OF_DOCUMENT_TOKEN_TO_BE_REPLACED

Now that the election results are almost final, we all want to ask what’s going to happen to Donald Trump after leaving the office? All US Presidents inevitably reach the point where they leave the White House.  Besides, the constitution states that all US Presidents are subject to a two-term limit. What do former presidents… END_OF_DOCUMENT_TOKEN_TO_BE_REPLACED

This is the first time in modern history that the US held presidential elections in the middle of a pandemic. In truth, the US elections may have overshadowed COVID-19 and the side effects are limitless. America is facing a tough crisis of discontentment with the current administration. An understandable case but a situation that may… END_OF_DOCUMENT_TOKEN_TO_BE_REPLACED