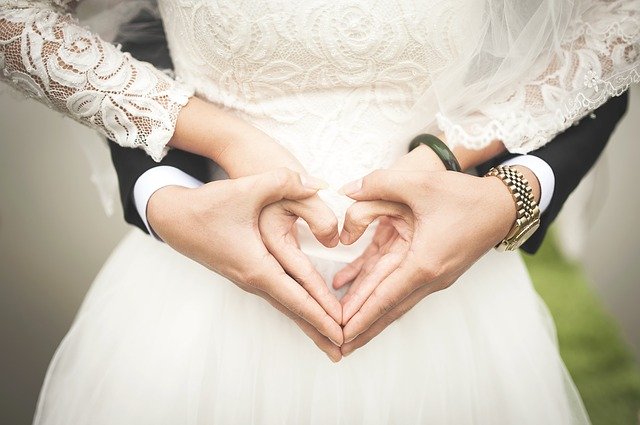 In this dire and drearily dull year, nothing else can bring happiness than young romance. This week, the entertainment world was wonderfully surprised that the eldest son of the It couple David and Victoria Beckham announced his engagement to actress Nicola Peltz. The 21-year-old has taken to Instagram, posting a super sweet photo of the couple with the caption “Two weeks ago I asked my soulmate to marry me and she said yes xx”.

Two weeks ago I asked my soulmate to marry me and she said yes xx I am the luckiest man in the world. I promise to be the best husband and the best daddy one day ❤️ I love you baby xx

The young lovers have confirmed their relationship less than a year ago and are allegedly planning not just one, but two weddings next year. Both families have shown their congratulations and support for the young couple. With the regal genes of his football player dad and former Spice girl mom, Brooklyn Beckham’s ravishingly good looks will surely capture any girl’s heart.  We all know who Brooklyn Beckham is, but the biggest question here is who is Nicola Peltz?

The Actress: Nicola Peltz on Transformers and Bates Motel

Nicola Peltz is a stunning 25-year-old American actress from New York. She started acting at a young age. The first time she acted on film was in 2006 for the Christmas movie entitled Deck the Halls. She appeared on several shows and films since.

Her first major role on screen was when she played the character of Katara of the live-action production of the famous animated series The Last Airbender in 2010. Despite being such a popular animated series, the film didn’t exactly pan out well. Peltz reportedly took a larger hit for playing an Inuit character.

Things took a better turn for her career when she played the character of Bradley Martin on the A&E thriller-drama Bates Motel. She appeared a total of 14 episodes in the entire series. In the same year, she was cast as one of the leads on Transformers: Age of Extinction.

Nicola Peltz also starred in multiple shows and films after this. This includes Youth in Oregon, When the Street lights Go On, Back Roads, and Affluenza. She also models for famous brands and is known to have walked for Balenciaga in Paris Fashion Week of 2015.

What many people don’t know about the beautiful Nicola Peltz is the fact that she came from an equally famous and wealthy family. She is the daughter of the famous American Billionaire Nelson Peltz and model Claudia Heffner.

Nelson Peltz is a pretty wealthy man, topping of the fact that he is pretty influential. He is one of the founding partners of Trian Fund Management. Peltz is also non-executive chairman of the Wendy’s Company. The man is also appointed as the director (and former director) of multiple international companies. This includes, but is not limited to, Procter & Gamble, Legg Mason, H.J. Heinz Company, Ingersoll Rand, and Mondelez International.

This is just pretty much summarizing the entire incredible career of Nelson Peltz as a businessman. He and his company owned shares from pretty much any thinkable and reputable company in the world at one point. They owned shares from PepsiCo, the company bought shares from Cadbury-Schweppes, DuPont, Family Dollar, General Electric, and many more. In fact, Peltz was recognized by Forbes as one of the highest-earning hedge fund managers of 2013.

What do the Parents Say?

Both families have shown their support for the young couple. The Beckham parents have posted their share of support on Instagram, both stating how proud and happy they are with the news. There are also so many well-wishers from friends, family, and fans all over the world. There are also rumors that the parents are planning to buy the couple a new London pad as a wedding gift.

Now that the wedding planning is underway, there are talks about the location, the gown, and more. No specific details have been released so far, but people can’t get enough of the news. Since Brooklyn’s mom, Victoria Beckham, is a well-known designer and fashionista, there are talks on whether or not Nicola will wear her designs. People are starting to talk about the perfect design for Nicola and many are excitedly speculating about the gown she will be walking down the aisle in. Also, it would be really touching to know if Mrs. Beckham would truly design a wedding dress for her future daughter-in-law.

On top of that, everyone is talking about the emerald-cut engagement ring which reportedly costs a whopping 200,000 US dollars! Many people are exclaiming at the precision and design of emerald-cut diamond rings, which is a timeless design preferred by many A-listers in Hollywood.

Since the young couple belongs to really famous and wealthy families, it is not surprising if the weddings(s) set for next year will be the most talked about. A glamorous wedding with A-lister guests, it will be the talk of the town for sure.