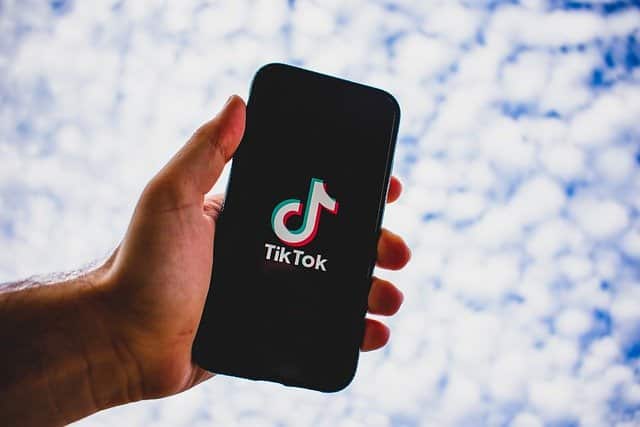 On the latest trending news, people are surprised and nervous as the US government announced the possibility that TikTok might be banned all throughout the country. The famed social media platform approximately has 37 Million registered users just in the US alone. If the ban was not announced or will not take place, there should be a projected increase to as high as 45 Million registered users by the end of the year. This already represents a huge percentage of young adult to adult Americans.

Originally from China, Tiktok took the world by storm. The app became a welcome distraction during the lockdown and quarantines of the current pandemic. TikTok is enjoyed by people of all ages and became one of the most popular social media platforms of 2020. It is a famed platform for bloggers and influencers, a good place to showcase their talents and all sorts of social media content.

Only one word could describe TikTok – FUN. People could dance, sing, and perform trending dances to popular songs. These performances are then uploaded on the platform to be enjoyed by other users, and sometimes, the public. TikTok dance steps are enjoyable and the varied content on the platform is also entertaining.

Who would think that such an innocent-looking social media app like TikTok could possibly pose so much threat to its users? In fact, the threat of TikTok is being taken seriously not only in the US but in other countries as well. TikTok has been officially banned in countries like Indonesia, India, and Bangladesh. Australia is also considering the possibility of officially banning the app. Although the allegations are yet to be proven, necessary precautionary measures are being taken to ensure the safety of Americans.

A question of Security

As a means of caution, the US government has already banned the use of TikTok for government employees, military, and police personnel. All individuals who are directly or indirectly affiliated with the government cannot download TikTok on their devices. This is to ensure the safety and security of government-related data and intelligence. As the tensions between the US and China increase, the possibility of officially banning TikTok is high. This, according to many, is a move to protect American sovereignty and integrity.

Why is the US so threatened by TikTok? There are claims that the app might be collecting personal information from millions of American users. Not only that, but there are also allegations that the collected private data is shared with China’s government. The company that owns TikTok has publicly denied such allegations, thus the issue still remains to be proven.

One of the major privacy issues the US government has with the app is child privacy. There was an agreement between the company and the federal government that all information and content containing data of users under the age of 13 shall be deleted. Additional privacy protection clauses must also be included in the moderation guidelines to uphold the interests of young users and audiences. However, there are allegations that the company has failed to live up to its promises.

The issue on TikTok’s privacy and security started late last year when a class-actioned lawsuit was filed in California in November. The lawsuit has multiple allegations. One of which alleges the app to the usage of close-up footages of users for biometric data collection. More information is collected like user contact details, locations, and IP addresses. According to the lawsuit, the recorded videos and other information are transferred to ‘various unknown domains located in China’. This is done without the knowledge and consent of the users.

What is interesting is that just earlier today, users of the app experienced an app-wide bug where the likes and view counts of uploads are disabled. This leaves users thinking if this is just a random bug or rather a convenient coincidence? What are the odds that TikTok will have issues too soon after it is put under intense scrutiny?

Deplatforming instead of Banning

Since TikTok is already such a widespread app which is massively downloaded in the US, banning it completely is almost impossible. How can the government remove downloaded apps on individual devices? The best that the government can do, just like it did ZTE and Huawei, is to deplatform TikTok. To do so, just like it did ZTE and Huawei, the US government could limit commercial ties of TikTok with US companies. Banning an app or a company takes too much discussion and may need congressional approval. Deplatforming an app is much simpler. In fact, the US government can even give sanctions to US companies that continue to have business ties with the company that owns TikTok. Regardless, the issue on banning or deplatforming TikTok remains in discussion.

For anyone wondering who this MyPillow guy is, this article will tell you all about him and his role in Trump’s last struggle for power. It is almost second nature for the internet to find humor in many serious events in government. Could this be this generation’s way of coping? We don’t really know. Let’s… END_OF_DOCUMENT_TOKEN_TO_BE_REPLACED

Trump is the First American President who gets impeached for the second time. Trump’s second impeachment became a trending topic on Twitter after the terrifying terrorist attack on Capitol Hill on the 6th of January. Twitter is at it again, being flooded with memes and Twitter jokes surrounding Trump’s second impeachment trial. Americans are trying to… END_OF_DOCUMENT_TOKEN_TO_BE_REPLACED