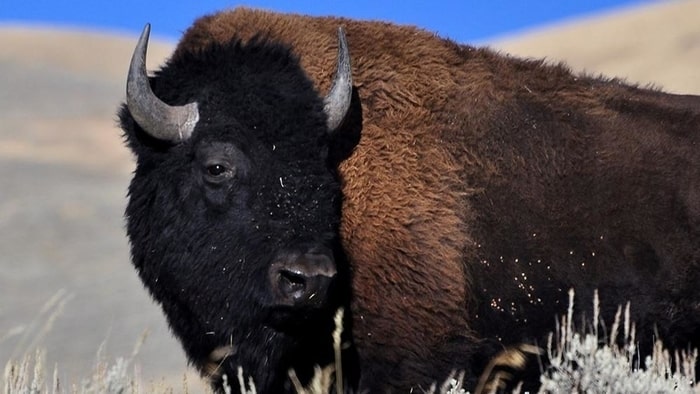 A woman, 72, was gored by a bison numerous times in Yellowstone National Park after attempting to get a close-up photo of the animal.

According to a statement issued by Yellowstone National Park, the accident happened on the evening of June 29 at Bridge Bay Campground in Yellowstone National Park at the female’s campsite when the California woman, who presently remains unnamed, got within 10 feet of the bison several times while trying to snap a photo of it. Park Rangers were phoned to the incident and quickly conducted first aid on the trampling victim who suffered various wounds in the ambush.

Chris Geremia, Yellowstone’s Senior Bison Biologist, noted in the statement: “The series of events that led to the goring suggest the bison was threatened by being repeatedly approached to within 10 feet. Bison are wild animals that respond to threats by displaying aggressive behaviors like pawing the ground, snorting, bobbing their head, bellowing, and raising their tail. If that doesn’t make the threat (in this instance it was a person) move away, a threatened bison may charge. To be safe around bison, stay at least 25 yards away, move away if they approach, and run away or find cover if they charge.”

The elderly woman was then rushed by helicopter to the Eastern Idaho Regional Medical Center where she got further care. Her existing condition was not revealed and at this time the circumstance remains under investigation. Authorities from Yellowstone decreed in a statement: “Wildlife in Yellowstone National Park is wild. When an animal is near a campsite, trail, boardwalk, parking lot, or in a developed area, give it space. Stay more than 25 yards (23 m) away from all large animals.”

Three Rhino Poachers Attacked And Ate By A Pride Of Lions