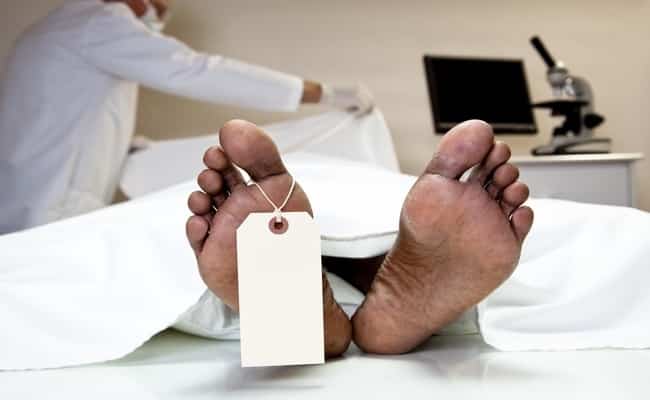 A 40-year-old man perished at a hospital after his family members reportedly unplugged his ventilator in order to plug in an air cooler.

He was believed to be suffering from the coronavirus and admitted to ICU on June 13 in the MBS (Maharao Bhim Singh Hospital). His test report, though, turned out to be negative. The man was switched to an isolation ward on the 15th as a safety precaution after a fellow patient in the unit tested positive for the virus. Since it was extremely hot in the secluded ward, members of his family purchased an air cooler the same day. After not finding a socket for the cooler, they supposedly unplugged the ventilator however almost thirty minutes later, the ventilator was drained of all its power.

They promptly informed medical staff and physicians, who administered CPR on the man, but he didn’t make it. The hospital committee has taken statements of medical staff in the reclusive ward however the family members of the dead patient are not reacting to the panel, he claimed. In the probe report, deputy superintendent Dr. Sameer Tandon said action would be taken against whoever is found liable.

The deputy superintendent refused to comment on discoveries by the committee alluding that an investigation was afoot. The isolation ward is outfitted with a medical station with a resident doctor on duty and 4-5 medical staff. The family members supposedly did not get permission to plug the cooler in and when the patient succumbed, they “misbehaved” with the resident doctor on duty and medical staff, according to the hospital authorities.

Recent trends have reported that K-pop fans in the US are getting mixed in with current issues in politics. K-pop fan communities are using online platforms to rally up and protest against racism in the United States. In support of the #BlackLivesMatter movement, the online K-pop community has come together in protest. Never has it… END_OF_DOCUMENT_TOKEN_TO_BE_REPLACED

Just this week, lawmakers approved a bill establishing the District of Columbia (D.C.) as the 51st state of the United States of America. This is after multiple calls and protests from the citizens to finally consider D.C. as a state.  However, the bill is not out of the woods yet as it faces multiple oppositions… END_OF_DOCUMENT_TOKEN_TO_BE_REPLACED

John Bolton’s new book entitled ‘The Room Where it Happened’ had been stirring up quite the attention since it was announced for release last week. Officially released only June 23, the new book seems to threaten the Trump administration as there had been moves to get it unpublished. The request was later on turned down… END_OF_DOCUMENT_TOKEN_TO_BE_REPLACED