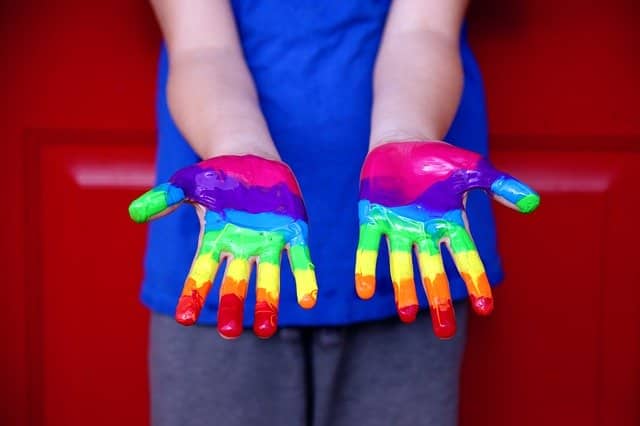 The onset of the 2020 global health pandemic has postponed international celebrations all over the world, including Pride Month this June. The policies for the prevention of the spread of the current pandemic has pulled the plug on many gatherings, putting the world at a standstill. Despite the current situation, the celebrations of the Pride Month this June is still underway.

The internet has changed people’s daily lives and it could be seen in how much everyone is so reliant on technology and connectivity. This is where people get information like news, books, lessons, and more. The web influences the way people think and react. It even affects the way people make decisions from simple things like clothing, food, and consumption to bigger concepts like voting, advocacies, and education.

Social media plays an important role in the annual Pride Month celebrations. People from the LGBTQ community could meet their counterparts in different parts of the world through social media. Those who fight for a cause could easily find support from others who share the same visions. Social media has reduced the barrier of connectivity. It has created a safe space for people to gather up, share their thoughts, and look for others who share the same lifestyle.

Now that the global pandemic remains a threat to the world, the celebrations of Pride Month remains unaffected. In fact, social media and the internet have made it an even bigger event. In-person celebrations may have been postponed or canceled, but multiple online events were established to continue the celebrations. Online events may include online musical performances, virtual rallies, and online festivals. There are speeches and messages from activists, artists, icons, and even world leaders.

If anything, social media added value to the Pride Month celebrations. This way, people from all corners of the globe could see how varying cultures affect their cause. A wider sense of understanding is underway not just for the rights and advocacies for Pride Month but how much culture is a part of the narrative. Social media globalized the LGBTQ community, creating a wider reach throughout the world.

The rapid development of technology has revolutionized the spread of information throughout the globe. The internet, particularly social media, quickens the reproduction of content. Protests and movements are easily shared by social media users on their pages for their followers to see, and so on. People could be a supporter of a variety of advocacies and movements all at once. Social media users could also easily publicize their support for movements and protests, easily spotting others who have the same goal.

Invites to virtual rallies or in-person demonstrations can easily multiple within a minute. Millions of people could easily be informed in under an hour as long as the movement is relevant to their lives. Social media easily puts together a group of people who share the same passion. These people could create additional content to support their cause.

On top of this, people easily get motivated when they see their idols supporting the same cause. Artists who are well-known supporters of pride month include Lady Gaga, Beyonce, Ariana Grande, Harry Styles, and more. Social media make these celebrities relatable for fans. If fans see that they support the same cause, it becomes easier for the fans to come out of their shell and join in the protests.

Activism plays an important role in the international gay pride movement. What are we fighting for, exactly? One common goal is to create a friendlier and more inclusive work environment for the LGBTQ. That they may never lose their jobs due to bigotry. Another goal is to legalize marriage and adoption for same-sex or gender-fluid couples. That they may be treated right by the law, in marriage, and in adoption, less by their gender but more by their humanity. These goals, among many others, are what the gay pride movement is fighting for. There are a variety of reasons to rally up, but mainly it is for equality.

Without the protests and the advocacies for the rights of the LGBTQ community, the development of policies would not have been possible. These global movements for the rights of the LGBTQ community are the foundation of the Gay Pride celebrations. The global community of the LGBTQ may have come a long way from how things are a decade ago, but there is still a really long way to go. The internet may be one of the best platforms to create this change, not only in policy but in culture and mindset as well. Perhaps the internet, and social media, could create a better mentality towards gay pride. Maybe it could create that open-mindedness that all people of the world should have regarding the existence of the LGBTQ and all issues their community face in their daily lives.

All allegations remain just as allegations, even half a year after the outbreak of the coronavirus pandemic in China. Everyone outside of the country is left to their own devices to decide whether or not what they see on social media is true. However, things take a different turn when the complaints start to trend… END_OF_DOCUMENT_TOKEN_TO_BE_REPLACED

In his latest weekly blessing at the Vatican, Pope Francis has warned Catholics about the dangers of gossip. Although his weekly blessing is not related to COVID-19, the current pandemic tormenting the world, he has raised important points that everyone must remind themselves of. Pope Francis has been in the highest seat of power in… END_OF_DOCUMENT_TOKEN_TO_BE_REPLACED