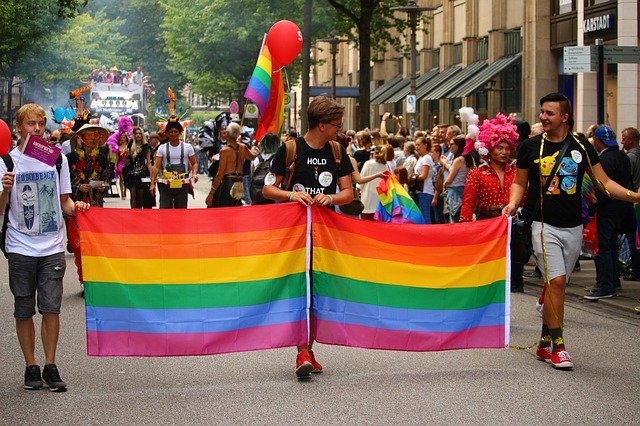 Recent news about J.K. Rowling’s transphobia became an unbelievably hot issue over the course of a few days especially since the world is currently celebrating pride month. She posted on her Twitter account visibly criticizing a writer’s choice of words about menstruation. As seen in the post, Rowling was obviously trying to imply that the writer could have used the word “woman” rather than “people who menstruate”. The issue immediately caused an uproar.  Her comments shocked fans, again, all over the world.

‘People who menstruate.’ I’m sure there used to be a word for those people. Someone help me out. Wumben? Wimpund? Woomud?

Daniel Radcliffe, the main star of the Harry Potter movie franchise, has publicly said that “transgender women are women”. He even apologized to fans who are deeply affected by the exchange of comments online that resulted from the controversial tweet. The actor goes on to call fans’ experiences “sacred” and must not be affected by anybody’s opinions. This has put even more flame into the fire.

This is such a big issue because she has shown support for the LGBT community, previously. In fact, she is known to reflect gender fluid characters in her popular book series “Harry Potter”. The fans are now torn whether to support her or cancel her altogether. Nevertheless, the ending is not quite looking good.

Many people are confused about this, saying that J.K. Rowling’s transphobia is simply misunderstood. Was this a simple criticism of the method of writing? Revisiting Rowling’s older posts may answer that question.

One of Rowling’s older posts about this issue was when she posted support for a woman who lost her job because of gender-criticizing comments on social media. Rowling’s response appalled fans. People have taken it as a direct attack on the transgender community, particularly transgender women. She has ended her tweet with “sex is real”, which may be implying that biological sex is a fact that cannot be changed by gender preference.

Dress however you please.
Call yourself whatever you like.
Sleep with any consenting adult who’ll have you.
Live your best life in peace and security.
But force women out of their jobs for stating that sex is real? #IStandWithMaya #ThisIsNotADrill

She commented again about this issue on her recent tweets saying that “erasing the concept of sex removes the ability of many to meaningfully discuss their lives”.

If sex isn’t real, there’s no same-sex attraction. If sex isn’t real, the lived reality of women globally is erased. I know and love trans people, but erasing the concept of sex removes the ability of many to meaningfully discuss their lives. It isn’t hate to speak the truth.

Fans immediately turned to haters. Within hours, J.K. Rowling’s transphobia received so much backlash her account started to fill with bad language and awful name-calling. On the other hand, there are some responses that could provide comic relief like one tweet saying that Rowling can use the help of the “tweetus deletus” spell.

Here, you can use this, might help us pic.twitter.com/sjLRHjylWh

On Menstruation and Women

One commenter even asked Rowling if women who enter menopause or those who have hysterectomies are not women anymore. A very valid question, indeed.

What happens when women enter menopause? What about women who had hysterectomies? Women who don’t menstruate because of hormonal issues? Are they not women?

Nothing you say stops trans women from being women.

As a way of showing her heartbreak from Rowling’s older posts, one of the fans even posted a quote from the book about Hagrid saying that “I am what I am, an’ I’m not ashamed”.

Remember what Hagrid said after being outed as half-giant: I am what I am, an’ I’m not ashamed. ‘Never be ashamed,’ my ol’ dad used ter say, ‘there’s some who’ll hold it against you, but they’re not worth botherin’ with’

The real tea about this

Since Rowling’s earlier posts about the issue, multiple fans and, now anti-fans, started calling her TERF. Although she posted tweets about her support for the transgender community, people are still not having it.

It seems awkward right now to say “people who menstruate” but this is just like changing other biased language.

Menstruation is a biological function; not a “woman thing.” It’s unnecessary to gender body parts and doing so can restrict healthcare access for those who need it.

One person summarizes the world’s thoughts about J.K. Rowling’s transphobia. The post says that the article was simply trying to transform what is known as “biased or gendered language” (saying “firefighter” instead of “fireman”). The phrase “people who menstruate” may not sound eloquent, but it explicitly separates the gender from the biological function of menstruating.

Transgender men can menstruate. Women who’ve had hysterectomies and menopause do not. Non-binary individuals may or may not menstruate. It is a biological function not necessarily exclusive for those who identify as women in gender. Simply put, menstruation does not define “womanhood”.

Why This Issue Matters Now

This incident of J.K. Rowling’s commenting on such a sensitive issue has brought about some good and bad things. First, it has brought into the attention of many people how unclear the line is between transphobia and radical feminism. It is up to the interpretation of the reader how they view Rowling’s new and previous comments. Second, the incident has also shed light on how the transformation of gender-biased languages can affect so many people all over the world. It also shows how gendered the English language is.

Also, the incident has also opened up conversations on matters that not many people like speaking about.  In fact, it has brought light and much-needed exposure to many transgender rights issues the world has been putting under the rug for so long. It has renewed people’s desires for policy changes and how many others are so closed off to these.

Ultimately, and the most important of all, people started to take a stand on what they believe is right. This is what pride month is about. It is about fighting for a cause, standing for what is right, celebrating fluidity, and owning up for what one identifies as.

Will Smith disclosed in a podcast interview recently that he would “consider” running for president “at some point.” In an interview released Monday, the 52-year-old rapper told Crooked Media’s “Pod Save America”: “I think for now I’ll let that office get cleaned up a little bit. And then I’ll consider that at some point down… END_OF_DOCUMENT_TOKEN_TO_BE_REPLACED

Vaccination programs are currently on roll-out and countries that vaccinated for COVID-19 are talking. Questions are everywhere, and it is building up people’s anxieties about vaccination. How has the vaccine affected their population? Are the vaccines any good? Should we research more on newer vaccines? Can the vaccines kill the mutated virus? The answers change… END_OF_DOCUMENT_TOKEN_TO_BE_REPLACED

Texas Senator, Ted Cruz, received heavy criticism after taking a vacation to Cancun with his family in the middle of a crisis. The latest power crisis in Texas left hundreds of homes without electricity and water for more than 48 hours in negative degree weather. This has left the lives of many Texas residents in… END_OF_DOCUMENT_TOKEN_TO_BE_REPLACED