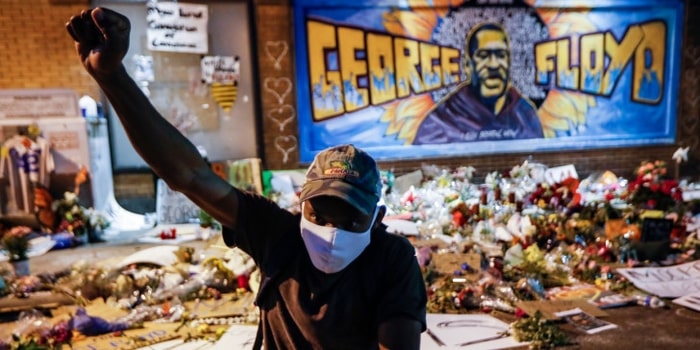 A sheriff in Florida let it be known he doesn’t condone riots and is “highly recommending” citizens shoot any looter who attempts to break into their residences.

Grady Judd, the sheriff in Polk County, took to social media Wednesday to talk about police brutality protests. The sheriff issued an alert to disorderly protesters. “Let there be no misunderstanding, at all, that if you come here to riot, to loot, to injure people, we’re going to lock you up in the county jail before quick,” remarked Judd. He exhibited photos of two men at the Polk County protest he termed as rioters, one standing on a vehicle with the windows smashed out and the other donning clothing intended to shield chemical agents.

Judd continued: “The message is clear: If you come here to peaceably assemble and protest, we’re gonna make sure we protect your constitutional right to do that and we encourage it. But for those who want to come in, stealthily, among those wonderful people who are simply making their position known, the ones that tried to infiltrate, we are going to hunt you down and lock you up if you engage in any criminal conduct.

“I would tell them if you value your life, they probably shouldn’t do that in Polk County because the people of Polk County like guns, they have guns, I encourage them to own guns, and they’re going to be in their homes tonight with their guns loaded, and if you try to break into their homes to steal, to set fires, I’m highly recommending they blow you back out of the house with their guns. So leave the community alone.”

George Floyd’s Death: Why it created a storm amid a pandemic

Israel’s Iron Dome has protected the country against missile attacks for years. The Iron Dome in Israel is the biggest of its kind in the world. No other countries in the world use the same air defense system, meaning it is one of a kind. The tension between Israel and Gaza has been going on… END_OF_DOCUMENT_TOKEN_TO_BE_REPLACED

The world is devastated by the news that Britain’s Prince Philip, the Duke of Edinburgh, has died at the age of 99. Palace media confirms that the Duke has expired mid-day today, April 9th. The announcement did not contain any specifics on the cause of death. The United Kingdom will enter a state of national… END_OF_DOCUMENT_TOKEN_TO_BE_REPLACED

Who would have known that religious prophets would be among the most loyal supporters of former President Trump? In fact, it has been observed that the most conservative Christians may have been the right amount of push for Trump’s presidential win back in 2016. Since Trump’s election back in 2016, numerous self-proclaimed “prophets” have been… END_OF_DOCUMENT_TOKEN_TO_BE_REPLACED