George Floyd’s death has tipped over a giant can of worms. It triggered wide protests in many parts of the US. After only a week since his death, peaceful rallies turned into violent riots. It is obvious that George Floyd’s death could create the change that everyone is fighting for. However, it is apparent that numerous individuals become opportunistic to the escalating violence in the protests.

Criminals use it as an excuse to create more crime. It will become a never-ending cycle. Protests become unruly and the police will respond. Opportunistic looting and robbing become prevalent; the authorities will put a tighter hold on the protesters. This will anger more people and encourage them to join the protests. 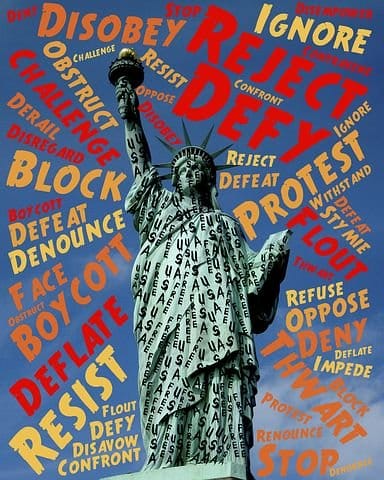 Here are a few possible reasons why Americans are protesting:

Racial Inequality in the US

The issue of racial inequality is prevalent not only in the US but in the entire world. George Floyd’s death is a clear example of colored people (also referred to by many as the ‘minority’) suffer from racial bias in many aspects of their lives. This may include health, wages, and general opportunities.

There are researches that show minorities have a higher mortality rate from illnesses due to the inaccessibility of affordable healthcare. This is then a direct effect of unfair wages between ‘whites’ and ‘coloreds’ in many industries. Over the centuries, a countless number of people have fought against racism in many parts of the world. Success is still being attained, albeit the progress is very slow.

Racial police brutality increased since the terrorist attacks of 2001. To protect the interests of the civilians, there is increased enforcement of power for the police force. Inadvertently, the US created a widespread climate of racial bias and racial profiling.

Put together, it was a dangerous mix of power. Statistics show that there is an increasing number of deaths due to police brutality year-on-year. There are tens of thousands of reports regarding excessive use of police force for the past two decades. What is more alarming is that there is a rising number of racial brutality which is unreported.

A deep desire to be heard

It is a human urge to connect and be ‘heard’. The validation of people’s state of mind is important for the creation of policies and laws. Policies and laws serve to protect the people. This is why issues on identity (like the LGBT movement), women’s rights, children’s rights, and more are continuously being fought every day all over the world. Who else would benefit from rules but the citizens? If the government continues to turn a blind eye to people’s woes, there will be a wide lack of much-needed policies.

Lost of Trust and Discontent

The main idea of a protest is to bring people together to fight for a single cause. This is what many people refer to as collective action. Many protesters believe that if the group becomes larger and their reach becomes wider, there is a higher chance of getting the changes they demand. This is true to a sense.

More people joining a cause means there is a shared interest. Or simply put, the experience (usually negative experience) is not limited to only one person. If more people are suffering, it means that the issue requires immediate action.

As protests become more violent, the essence of the movement loses its influence on people. This means that if the protests in the US become more violent each day, it could garner fewer supporters in the long run. Many people would lose interest in supporting the true cause because the violence in protests affected their mindsets negatively.

For the same reasons, many psychology experts claim that it is better to organize rallies but never riots. A peaceful protest for a supportable movement will always tug the heartstrings of more people. This is if the protests for the cause will become more peaceful and organized.  Multiple studies also suggest that nonviolent campaigns were more successful. Also, nonviolent campaigns lead to widespread political transformations.

Also read: The Spreading Protests in the US: Six Days from George Floyd’s Death