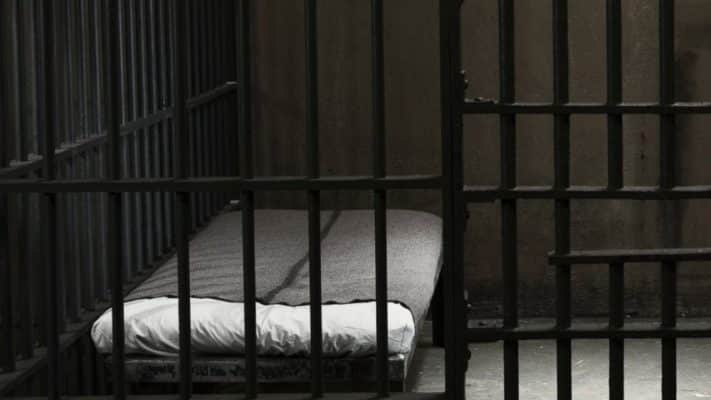 A woman in Texas somehow went into labor and gave birth alone in a jail cell without any guards realizing it until she delivered the baby.

The inmate had the child in a Fort Worth jail cell, according to Lt. Jennifer Gabbert, Tarrant County Sheriff’s Office spokeswoman. The prisoner “did not immediately disclose the birth, but the baby was soon discovered by a corrections officer” and she and the newborn were transported to a hospital, said Gabbert. She could not promptly furnish information about the health of the baby and mother.

Correctional officers were aware the woman was pregnant and regularly checked on her. Gabbert refused to identify the mother and turned away several inquiries regarding the birth including how the inmate could have gone into labor and produced a baby without it coming to the officers’ attention. Jail personnel is sure how long the labor spanned “due to the mother not notifying corrections staff of the impending birth.” Internal affairs are investigating the birth though there is no sign of wrongdoing by the CO’s.

Since January, the mother has been incarcerated without bond on charges of injuring a child, elderly or disabled person and assaulting a family member. The jail has been combatting the COVID-19 outbreak among its staff and inmates. According to Brandon Wood, executive director of the Texas Commission on Jail Standards, the baby was born several days before state inspectors notified Tarrant County Jail personnel that they were not checking on some inmates thereby failing to meet minimum standards.

Jail Inmates Attempt to Get the Coronavirus For Early Release

Alcohol-Free Sanitizer Given To Prisoners To Prevent Moonshine Making

It would seem that with less than three months left, 2020 still has surprises hidden in its sleeves. North Korean dictator Kim Jong Un, one of the most powerful men in the entire world, was recorded on international TV to shed tears while delivering a speech during a military event. Not only that, transcripts show… END_OF_DOCUMENT_TOKEN_TO_BE_REPLACED

Just recently, Trump and his family have contracted COVID-19 after excessively downplaying the disease and its symptoms since the pandemic began. Many people are alerted (both positively and negatively) by the development of the situation. Since the President rarely wears masks and does not support the wearing of masks, even after recovering from it, a… END_OF_DOCUMENT_TOKEN_TO_BE_REPLACED

Wayne Knight has revived his much-adored role of Newman, the nemesis of Jerry Seinfeld and postman, for a modern political ad. In the overhang of the US election on November 3, the sitcom actor emerged in an ad coordinated by Pacronym (a Democratic political action committee) in which he blasts President Trump‘s efforts to curtail… END_OF_DOCUMENT_TOKEN_TO_BE_REPLACED