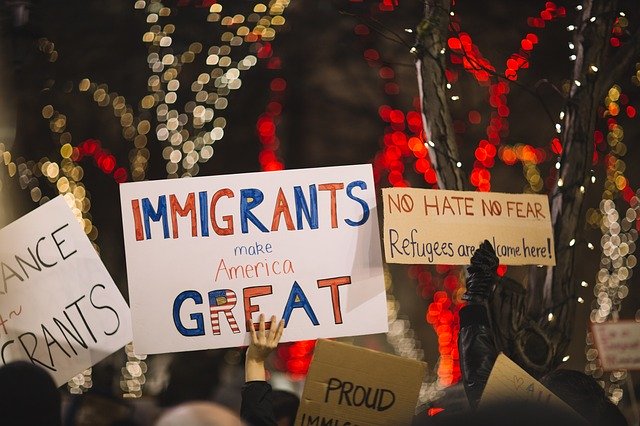 Amid a global pandemic, unrest about George Floyd’s death seems to have spread all over the country like wildfire. In some places, peaceful vigils for the man’s death turn into violent riots. State governments are immediately alarmed. Curfews are imposed in some cities. The national guards are now deployed. Only six days after George Floyd’s death, the entire country seems to be coming together to fight. This is probably one of the most heartbreaking and important issues that have spanned for generations. Here is a look at how protests have spread all over the US, and the world:

A man, aged 46, was killed while being arrested by four police officers in Minneapolis, Minnesota. A staff member from a local establishment suspected the man for using a “counterfeit” 20 dollar bill.

The police immediately responded and proceeded to arrest. Floyd was held face down on the pavement with one of the officers holding down Floyd’s neck with his knee. According to eyewitness reports and security footage, Floyd did not protest the arrest but plead to the police to remove the blockage to his neck. After a few minutes of being held down, George Floyd became unconscious.

Bystanders recorded video footage of the incident and this immediately spread all over the city. Clips of Floyd pleading “I can’t breathe”, “Don’t kill me”, and “Please” went viral online. This has immediately opened a giant can of worms, triggering unrest all over the state. The issue – George Floyd was an African-American man who may have suffered violence from the police due to his race. Floyd was not the first person who suffered police brutality. In fact, there are countless others all over the country that made headlines because of the same fate. However, Americans will not let George Floyd’s death become another statistic.

The hashtags #ICantBreathe, #JusticeForGeorgeFloyd, and #WalkWithUs immediately became trending online. Protestors flocked onto the streets to give justice to George Floyd’s death. The police chief decided to relieve the four police officers from their posts.

News of police throwing tear gas onto the protesters spread through other states. Protesters started to bring up older victims of police brutality. Protests become louder in states like Memphis and California. Furthermore, the hashtag #BlackLivesMatter becomes trending once again, with many people wishing to have a successful fight against the system this time.

Day 3: Atlanta and New York Join in on Protests against George Floyd’s death

The movement has finally reached Atlanta and New York. Now, people are on the streets protesting not only the global pandemic but also George Floyd’s death. What makes it more dangerous is that children are also taking part in the protests. Because of this, talks on the further spread of the virus become urgent. Ergo, the government needs to act fast.

Amid the riots, looting has now become a horrific problem. Criminals started to rob large establishments and businesses. This includes a Louis Vuitton boutique in Portland and a large Target in Minneapolis. These kinds of news pushed multiple businesses to temporarily close, affecting thousands of employees all over the US.

The problem of looting and robbery has been strongly condemned by protesters. The goal is to have peaceful protests as a way of showing sorrow for George Floyd’s death. Many criminals have taken advantage of the chaos. They saw the protests as a good opportunity to create more crime.

Due to the violence reported in relation to George Floyd protests, the US government seems to have tightened its fists on the issue. For instance, it has imposed curfews in many states. Also, the White House decided to deploy the national police all over the country.

Violence in protests became prevalent. Then, the police started to use rubber bullets to shoot at the protesters. Police officers accidentally shot a Minneapolis photographer in one eye, leaving her permanently blinded.

Day 6: Unity all over the world

It is obvious that racism and the so-called ‘White Supremacy’ is not just prevalent in the US, but all over the world. The protests have reached other countries like Britain, Australia, and Canada. The unequal treatment against minorities is such a big issue that it outperforms the urgency for social distancing and quarantine in the middle of a global health crisis.

Deaths related to the protests were recorded. Thousands of protesters have been arrested. Hundreds more are injured. Looting, vandalism, arson, and other crimes have been reported as well. Now, everyone is waiting on how the White House will act on the problem and everyone is hoping for change.

Also read: George Floyd’s Death: Why it created a storm amid a pandemic

All allegations remain just as allegations, even half a year after the outbreak of the coronavirus pandemic in China. Everyone outside of the country is left to their own devices to decide whether or not what they see on social media is true. However, things take a different turn when the complaints start to trend… END_OF_DOCUMENT_TOKEN_TO_BE_REPLACED

In his latest weekly blessing at the Vatican, Pope Francis has warned Catholics about the dangers of gossip. Although his weekly blessing is not related to COVID-19, the current pandemic tormenting the world, he has raised important points that everyone must remind themselves of. Pope Francis has been in the highest seat of power in… END_OF_DOCUMENT_TOKEN_TO_BE_REPLACED