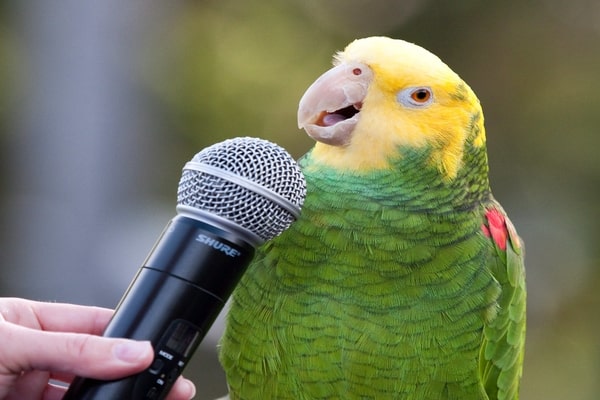 Following the rape and murder of an Argentina woman, the words of her pet parrot will be utilized as evidence in court.

Authorities believe the parrot was repeating 46-year-old Elizabeth Toledo’s last words, who was murdered in San Fernando. Toledo was raped and killed in her abode in the town of Virreyes. Argentinian police officers discovered her beaten, naked, and with indications of strangulation. One officer contended at the crime scene that as he was prepping to depart when he heard the parrot yelp “¡Ay por favor soltame, ay no!” (“oh, please let me go, oh no!”)

Toledo’s roommates, Jorge Raúl Álvarez, 64, and Miguel Saturnino Rolón, 52, will appear in court on charges of homicide and aggravated sexual assault – charges that can give them life imprisonment if convicted. A third suspect was connected to the heinous crime, however, the link was rejected when he presented a tenable alibi that he had been put out by the owner of the apartment for previously attacking Toledo.

A neighbor heard the parrot say “por qué me pegaste?” (“why did you beat me?”) on a different occasion. One crucial piece of evidence in the case is defensive bruises uncovered on the body – a bite mark imprint on the left on the victim’s arm, which police say was “like a fingerprint.” Bibiana Santella, the prosecutor in charge of the murder/rape case, explained DNA evidence “ties Álvarez to Toledo’s killing and rape,” while the bite marks on Toledo’s forearm match Rolon’s teeth.

Cops Arrive For Woman Screaming ‘Let Me Out,’ Turns Out To Be Parrot

Recent trends have reported that K-pop fans in the US are getting mixed in with current issues in politics. K-pop fan communities are using online platforms to rally up and protest against racism in the United States. In support of the #BlackLivesMatter movement, the online K-pop community has come together in protest. Never has it… END_OF_DOCUMENT_TOKEN_TO_BE_REPLACED

Just this week, lawmakers approved a bill establishing the District of Columbia (D.C.) as the 51st state of the United States of America. This is after multiple calls and protests from the citizens to finally consider D.C. as a state.  However, the bill is not out of the woods yet as it faces multiple oppositions… END_OF_DOCUMENT_TOKEN_TO_BE_REPLACED

John Bolton’s new book entitled ‘The Room Where it Happened’ had been stirring up quite the attention since it was announced for release last week. Officially released only June 23, the new book seems to threaten the Trump administration as there had been moves to get it unpublished. The request was later on turned down… END_OF_DOCUMENT_TOKEN_TO_BE_REPLACED