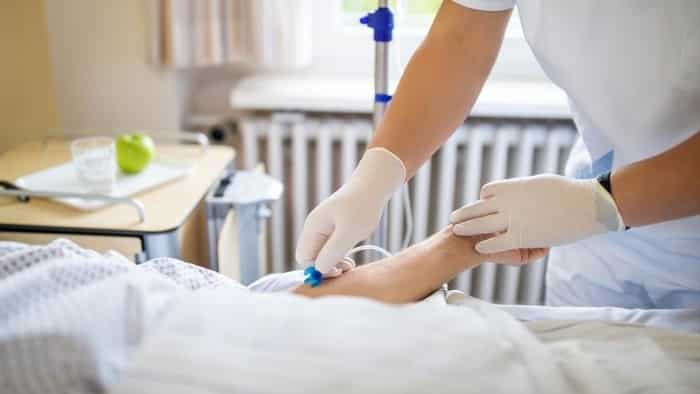 A nurse in New York has been arrested for thieving a dying COVID-19 patient’s credit card to purchase $60-worth of gas and groceries, authorities say.

43-year-old Danielle Conti, a certified nurse in New York, stole 70-year-old Anthony Catapano’s American Express card and put it to work for three days before he passed away on April 12 of coronavirus at Staten Island University Hospital North. Conti, from Old Bridge, New Jersey, was detained and charged with criminal possession of the stolen property, grand larceny, and petit larceny, police say. Between April 4 and 12, she reportedly pilfered Catapano’s credit card as he was battling for his life during one of her infirmary rounds.

Anthony’s daughter Tara Catapano, 37, unearthed the incremental charges and reported it to police in Staten Island on April 28. Tara Catapano spoke out: “I can’t believe a person could do something like that to someone fighting for his life. This is a nurse who took an oath to treat, protect, and save patients. It’s disgusting, Never in a million years did I expect any of this to happen. She is a despicable human being. How would she feel if somebody did this to her parents when they were gravely ill? I hope she gets what she deserves, and loses her license and her job.”

Tara said the charges on the card were run up on the same day her dad was shifted into the ventilator unit as his condition deteriorated. “A total of $60.23. That’s what she risked her job for,” added Tara. In light of the felony charges, Nurse Conti has been provisionally suspended and awaits termination. “We are working closely with the law-enforcement authorities and the hospital is conducting its own investigation,” said a hospital spokesman.

The Michelle Obama Podcast was released on the 29th of July and can be streamed on Spotify, both for free and premium users. The world is currently hyped that the Former First Lady of the United States has released the first episode of her latest podcast. What made listeners even more excited was when she… END_OF_DOCUMENT_TOKEN_TO_BE_REPLACED

Research in Britain has deduced that there are a total of six “general” classifications of COVID-19 symptoms. The research, originally published in June of 2020, has revealed that the symptoms of COVID-19 can be generalized into six different categories. This is based on the data collected from a symptom tracking app. It has been widely proven… END_OF_DOCUMENT_TOKEN_TO_BE_REPLACED