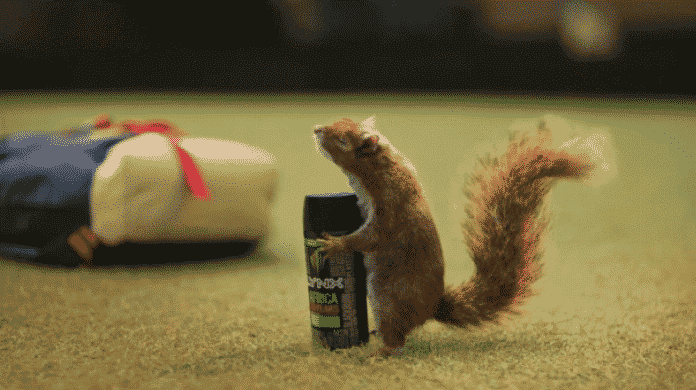 A Lynx ad has fueled revulsion from parents after ITV vetted a pre-watershed advert which showcased a squirrel attempting to copulate with a can of deodorant.

The advertisement, which was broadcasted on Saturday night during Britain’s Got Talent at approx 8.45 pm has attracted 156 complaints to The Advertising Standards Authority (ASA). The ad was displayed around 15 minutes before the conventional 9 pm divide when more adult ­content is permitted. An ASA spokesperson told news outlets: ‘We had 156 complaints about the Lynx TV ad featuring a squirrel behaving amorously with a deodorant can.

Unacceptable advert to have on during family viewing tv 😡#bgt

“The general nature of the complaints is that the ad is offensive, is inappropriately scheduled, and is unsuitable for children.” The spokesperson explained that the watchdog is presently analyzing the gripes. “No decision has been made on whether there are grounds for an investigation,” they continued. The advertisement, which incorporated heavyweight champion, Anthony Joshua, reverts us back to 1995 before a teen is hurled through time to meet the young lady he adores. She perfumes both of them with the deodorant prior to the can rolling over to the stirred squirrel.

And then….well, you can guess what happened next. Viewers swiftly hopped on social media to share their resentment at the ad. One tweet from a parent said: “OMG the Lynx advert and squirrel at the end think that too far kids watch Britain’s got talent.” Another said: “Lynx excuse me but why does your advert for Lynx Africa feature a squirrel doing unspeakable acts to a can of Lynx Africa.” While a different parent added: “Urm.. why was there just a squirrel humping a can of Lynx on an advert???”