[Facebook And Death] The Early ‘RIP’ Is The New Phone...

Commentary | Facebook and death are a part of the new social media takeover of life events — while we are usually constantly bombarded with wedding and baby spam, and often witness a divorce life on the social network, Facebook has also changed the way death is both announced and grieved in a newly social space.

Facebook and death is a still-developing area of social media. One of the hardest and most surreal aspects of living, the deaths of those who are part of our lives is a thing slowly moving into a virtual space before our eyes. And like much of the Facebookization of daily life, death on Facebook has some interesting considerations and protocols still to develop.

The massacre at Sandy Hook Elementary is, I believe, an example of the new Facebook reactions to death. Conspiracy theories abound after the tragic incident, mainly due to a lack of information freely flowing from Newtown. Interpreted by many as cold, hard evidence of a coverup, it’s my personal belief that this was the first large scale proactive prevention by law enforcement of a new and difficult phenomenon: getting the bad news a loved one has tragically died or been murdered via a Facebook (or Twitter) post. (Extrapolate this for a minute and imagine what would happen had any of the Newtown parents seen a Facebook update while rushing home — now does it make sense it seemed “unusually silent?”)

But for most of us, Facebook death notifications are not nearly as serious a concern. Traumatic? Perhaps. But not the worst thing in all circumstances.

Tonight I learned a great uncle who had taken ill had died, via a Facebook post from a second cousin. And in a large Irish Catholic family, this is almost to be expected — in the time it takes to call every branch of a family, Facebook’s instantaneous reach means you’re far more likely to stumble upon a well-wishing “RIP” post, confronting you in real time with the fact that someone you loved has passed on.

Facebook death posts are inevitable, good-natured and nobody’s fault — but the fact remains that the way we disseminate this information is still a newly considerable scope of social media, and one that requires some thought.

It wasn’t the first time Facebook has revealed the death of someone important, and certainly, it won’t be the last. An old boyfriend with whom I’d intermittently been in touch all the years since we dated regularly had gone quiet back in 2011. Logging in and accessing his page to leave a wall post, I was stunned to see a flood of “RIP” messages posted to his wall.

It took far more minutes than I care to admit to absorb the knowledge via Facebook that he had died — I first hoped they were lingering condolences for a loss of his just prior, but the writing was literally on the wall. (And to the point, given the nature of our current relationship, it’s unlikely anyone would have reached out to me while struggling to accept the passing of a man in his early 30s, so an eventual awkward phone call would have ensued at some point.)

As it happens, the evolution of Facebook and death is not an entirely bad thing. Death is always a shock, even when expected, and no method of delivery will ease that upset. And as with break-ups and the method debate, it’s the break-up that stings and not the Post It or text or unpleasant email. 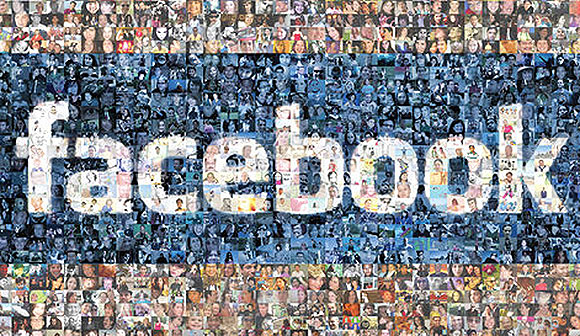 That said, many prefer the comfort of a face to face sit down notification rather than learning on Facebook, and that’s a preference. The flipside is that for those who are shy about their emotions or reactions can process the initial, immediate shock of loss discovered via Facebook privately, composing their thoughts and feelings before reaching out to others.

In my experiences, that helped. The latter “Facebook death” I mentioned was wholly traumatic in that learning a young, healthy and vibrant former flame had died was entirely unexpected, wrought with lost promise, missed opportunity and regret. Both were sad, but one was fully not anticipated — and in that moment, a Facebook death notification allowed for the privacy I eventually appreciated in my immediate mourning of a lost love.

But the practices surrounding Facebook and death are ones we do, as a connected society, need strongly to consider. Of course, we will memorialize loved ones on Facebook — but when? Should there be a buffer zone? A phone tree?

As most etiquette develops, so too will this — and informal and loosely interpreted approach to Facebook and death will emerge.