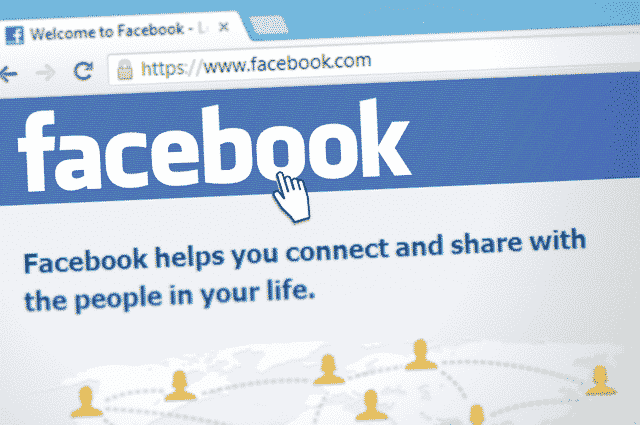 After opening access to Libra to a wide audience in 2020, Facebook plans to integrate the digital wallet into the company’s WhatsApp and Messenger services. It remains only to convince the audience to start using the new product.

Cryptocurrencies were once created as an alternative to the monopoly financial power of banks with the status too big to fail. Now, a company is joining the camp of opponents of this government, whose trust in recent years has been eroded due to a series of scandals. But it is with her that crypto market enthusiasts will now fight hand in hand.

Libra, which was supported by a pool of more than 20 influential caliber companies Uber and Visa, will become a battleground for the new status of cryptocurrencies, and Facebook is the main target of supporters of the old world order.

This cryptocurrency will work on the blockchain of the company, developed by the Swiss fund – that is, not by Facebook itself, but by a third party, and supported by hundreds of companies, including FB.  LIT is an essential part of the sophisticated business model developed by Facebook. According to documents received by Forbes, both the funds of members of the Libra Association and the funds used by users to purchase cryptocurrencies will then be invested in low-risk and low-yield assets. The creators of the cryptocurrency will not receive interest from the funds left in the reserve fund, these percentages will be used to cover the costs of managing the Libra Association, and if successful, to pay dividends to investors.

Using digital wallets, you can receive funds or send them to any other wallet that supports Libra.

How to buy Libra?

The Facebook coin is currently unavailable to users, as it is still under development. When Libra is launched, new coins will appear only when users buy them for real money through Messenger or WhatsApp.

Libra is a type of stablecoin, that is, a stable cryptocurrency whose value will be tied to a basket of fiat currencies, for example, the US dollar. Each time a new Libra coin is created, the user’s money will be reserved to protect its value, the libra method is a good way to make money as it is easy to use digital currency.

Facebook has already introduced the Calibra digital wallet. The company claims that sending Libra coins to other users using a wallet will be as simple as regular messages. Perhaps over time, this cryptocurrency can be used to pay bills or a check in a cafe. She could also replace bus and train tickets.

Since authorities in different countries already had concerns about the privacy and security of users of the new cryptocurrency, Facebook decided that the Calibra wallet would be separated from the social network. Therefore, the customer’s buying habits will not be used for targeted advertising.

Will Libra be available everywhere?

This is unlikely. Several countries have taken a tough stance against cryptocurrencies in general. Calibra recently announced that it will only work in countries where it is legal. As a result, in India, where Facebook has more than 270 million users, Libra may not start at all.

A recent World Bank study showed that India ranks second in the world in the number of adults who do not use banking services. The absence of Libra in this huge market may impede Facebook’s desire to make financial services accessible to all.

Some enthusiasts believe that Libra is a positive step for the industry, as it lays the foundation for the massive use of cryptocurrencies. Others fear that Facebook may ultimately reduce the demand for bitcoin and other coins if the company succeeds in making crypto payments faster, cheaper, and easier.

However, rumors about the death of Bitcoin are still greatly exaggerated. Experts say that the world’s first cryptocurrency has many advantages that Libra will not be able to give. They are confident that Bitcoin has a higher level of confidentiality and decentralization, and that this asset is not tied to other currencies, and therefore, it will be safer to invest in it.

How did he die? An African American man, George Floyd, 46, was killed by Minneapolis Police officers. Floyd was being investigated for forgery. George Floyd’s death was caused by a police officer holding him down on the ground with a knee on his neck. He was not shot to death but instead strangulated. Now, his family… END_OF_DOCUMENT_TOKEN_TO_BE_REPLACED

The Blood Test, The Swab Test, and The Saliva Test      Essentially, there are three general types of COVID-19 testing produced so far. One is the rapid test, the second is the saliva test and the other is the swab test. The rapid test (also known as the anti-body test) uses blood samples. The swab test… END_OF_DOCUMENT_TOKEN_TO_BE_REPLACED

The COVID-19 pandemic is one of the biggest modern pandemics known in history. Currently, there are more than five million confirmed cases in the world, with a total of 333,000 deaths. A total of 1.6 million of these confirmed cases are in the US alone. The world is currently in a race of finding a… END_OF_DOCUMENT_TOKEN_TO_BE_REPLACED

Despite concrete data and research, people’s opinions will always be diverse when it comes to a variety of topics including religion, politics, gender, and more. Denial is a common reaction to many important discussions and serious world events. The COVID-19 pandemic does not differ from any issues and is subject to opinions from critiques all… END_OF_DOCUMENT_TOKEN_TO_BE_REPLACED

Back in January, when the Wuhan, China coronavirus broke out, it didn’t make it to the front page of newspapers, in print or virtual form. Today, January feels like a lifetime away. Like it or not, people around the world have adapted to the new normal – staying at home, frequent hand washing, and social… END_OF_DOCUMENT_TOKEN_TO_BE_REPLACED

Since the beginning of the year 2020, the whole world has been stupefied by the rapid spread of a deadly coronavirus known as COVID-19. World superpowers in the West were unable to prevent the virus from reaching their borders. Because of this fact, the novel coronavirus COVID-19 became a world-wide pandemic no less than three… END_OF_DOCUMENT_TOKEN_TO_BE_REPLACED