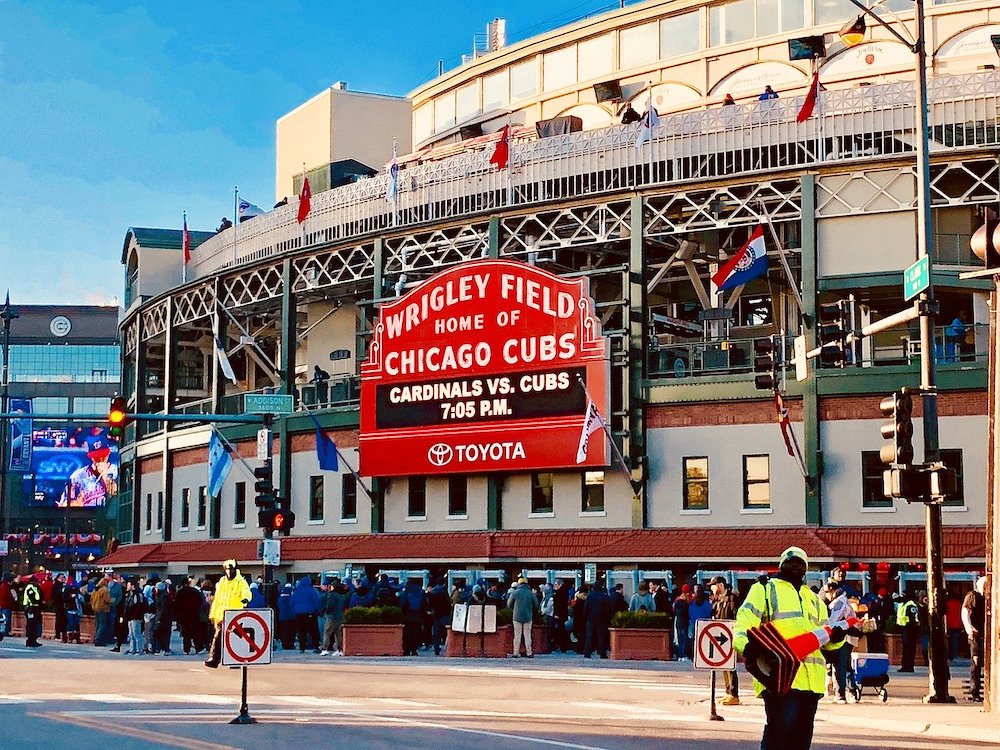 Wake up and smell the hot dogs – baseball season is almost here again! More than an exciting time of year for baseball fans, the start of the MLB season is also a harbinger of summer, a sign that sunny weather is on the way. Those first few games may still carry the chill of early spring, but soon enough you’ll be out at the ballpark soaking in the sun.

What better way to celebrate both those things – the beginning of baseball season and the advent of great weather – than to take a weekend getaway to one of North America’s great baseball cities?

Take note here, this article has narrowed its choices to MLB-team cities. If you want to go for longer than a weekend, by all means head to Havana to watch the Industriales or to Tokyo to catch a Yomiuri Giants game. But, in the interest of offering you weekend getaway ideas, here are four fantastic baseball cities that are a short hop away.

You’d assume balls would be flying foul in the Windy City, but the wind is no match for the dingers at Wrigley Field. Ever since their World Series win back in 2016, breaking a near-100-year dry spell, Chicago has been reenergized with baseball fever. Check out the best vacation deals for last-minute travel and catch the Cubs opening day on March 26th. Or, for a quieter – and less expensive – experience, you can also see a White Sox game.

Love it or hate it, Boston is a formidable sports city, and that certainly extends to Baseball. While they may only be middle of the pack in the preseason standings, expect the Red Sox to do what they do most years – pull ahead and put on a fantastic season. Plus, watching a Red Sox game means sitting in Fenway Park, the oldest MLB ballpark and just a gorgeous atmosphere.

You’ve been meaning to think of an excuse to go to California anyways – might as well be fore baseball! The San Francisco Giants are looking pretty great this year, and Oracle Park is one of the more fun stadiums in America to watch a Baseball game. Situated right next to the San Francisco Bay, you get a cool sea breeze as you sip your beer – the ideal conditions for enjoying a game. Once you’re done at the stadium, there’s also plenty to do in San Francisco – the Mission District, one of hipper neighbourhoods in California, is just a short cable car away.

The sole Canadian city in the MLB, Toronto loves its baseball. After a biting Canadian winter, watching a baseball game here is as much about reveling in the warmth as it is about the Blue Jays, which had a rocky couple of years but look good this preseason. If you wanted an excuse to travel to Canada, here it is. Toronto is a beautiful city, packed with activities, great restaurants and lively nightlife.

Swing for the fences with a last-minute weekend getaway to one of these great baseball cities. Travel deal curators like Travelzoo are always posting attractive deals to these cities, so keep your eyes peeled!