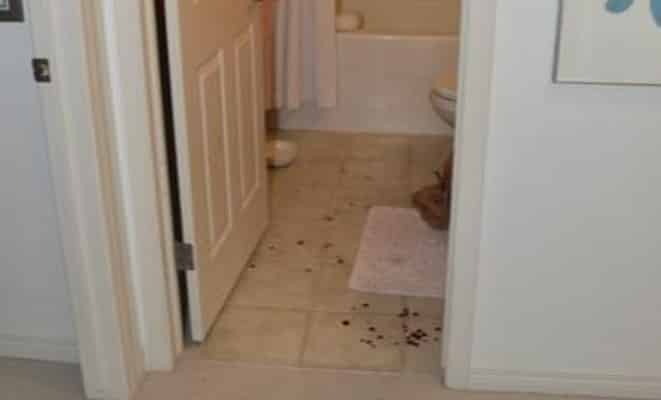 A former student was stoned on magic mushrooms and nude when he broke into the home of Janet Hamnett and beat her terribly with a broom handle.

Matthew Brown was acquitted when a judge ruled he was not in control of his actions due to experiencing delirium after breaking into the professor’s house. Regarding Brown’s acquittal on charges of break-and-enter and assault with a weapon, the case is probably the only one in court history concerning a successful defense of severe intoxication while on magic mushrooms, noted prosecutor Matthew Block, who did significant research before the trial.

Brown was a student at MRU (Mount Royal University) and had captained its hockey team for multiple years, while the victim is a PR professor there. Brown shed tears as Court of Queen’s Bench Justice Michele Hollins read her determination out loud in the courtroom Wednesday morning. Sean Fagan, defense lawyer, explained this case and his client was distinctive. “It stood out in the fact that Matthew Brown is such a kind, non-violent man of integrity and character and for him to be charged with these offenses, which were so uncharacteristic for him, he was a pleasure to defend.”

Brown reaffirmed an apology to his victims outside the courtroom. “When I issued that apology during the trial, it came from my heart, and I meant it,” he expressed.  Hamnett’s family, however, wasn’t feeling the outcome. “We didn’t want him to be severely punished, but we did want accountability,” Hamnett’s daughter, Lara Unsworth, spoke. “We wanted a lesson shared with society that it’s not OK to get that out of control and to hurt people. The person he is and how badly he feels has nothing to do with our disappointment; it’s the actions he took and that he’s not being held accountable for that, and I think they’re two separate things.”

How did he die? An African American man, George Floyd, 46, was killed by Minneapolis Police officers. Floyd was being investigated for forgery. George Floyd’s death was caused by a police officer holding him down on the ground with a knee on his neck. He was not shot to death but instead strangulated. Now, his family… END_OF_DOCUMENT_TOKEN_TO_BE_REPLACED

The Blood Test, The Swab Test, and The Saliva Test      Essentially, there are three general types of COVID-19 testing produced so far. One is the rapid test, the second is the saliva test and the other is the swab test. The rapid test (also known as the anti-body test) uses blood samples. The swab test… END_OF_DOCUMENT_TOKEN_TO_BE_REPLACED

The COVID-19 pandemic is one of the biggest modern pandemics known in history. Currently, there are more than five million confirmed cases in the world, with a total of 333,000 deaths. A total of 1.6 million of these confirmed cases are in the US alone. The world is currently in a race of finding a… END_OF_DOCUMENT_TOKEN_TO_BE_REPLACED

Despite concrete data and research, people’s opinions will always be diverse when it comes to a variety of topics including religion, politics, gender, and more. Denial is a common reaction to many important discussions and serious world events. The COVID-19 pandemic does not differ from any issues and is subject to opinions from critiques all… END_OF_DOCUMENT_TOKEN_TO_BE_REPLACED

Back in January, when the Wuhan, China coronavirus broke out, it didn’t make it to the front page of newspapers, in print or virtual form. Today, January feels like a lifetime away. Like it or not, people around the world have adapted to the new normal – staying at home, frequent hand washing, and social… END_OF_DOCUMENT_TOKEN_TO_BE_REPLACED

Since the beginning of the year 2020, the whole world has been stupefied by the rapid spread of a deadly coronavirus known as COVID-19. World superpowers in the West were unable to prevent the virus from reaching their borders. Because of this fact, the novel coronavirus COVID-19 became a world-wide pandemic no less than three… END_OF_DOCUMENT_TOKEN_TO_BE_REPLACED