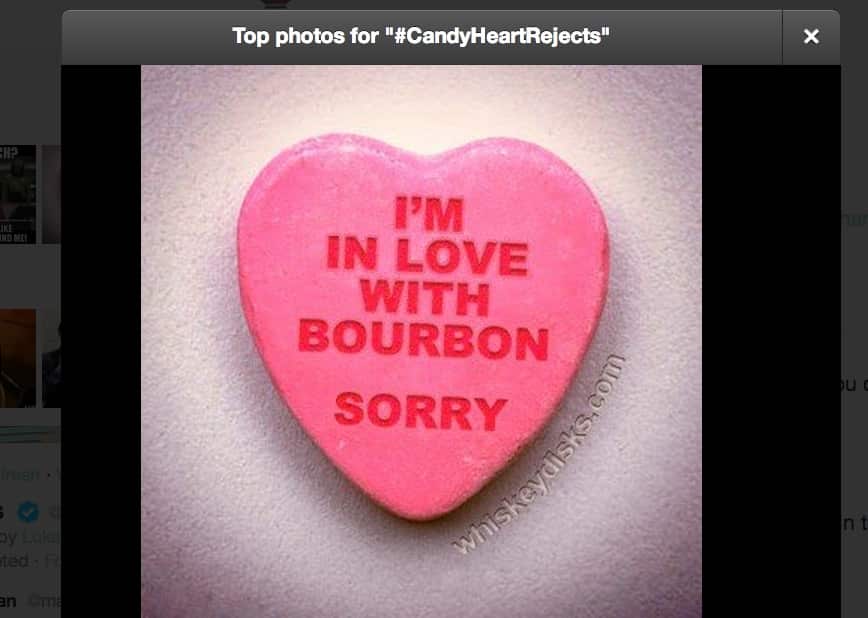 Candy Heart Rejects (#CandyHeartRejects) is Twitter trending as social media is buzzing over Valentine’s Day on this February 14, and it seems the users of Facebook and Twitter are divided into two camps — the soppily coupled and the irritatedly swingle, each detailing their feelings about the sentiments in a catchy, hashtag based joke invoking the iconic #VDay candy.

The #CandyHeartRejects hashtag has spawned some epic #VDay humor, both cynical and just plain silly. Plenty are garnering numerous retweets, with our favorite of the bunch for fans of Arrested Development:

The great pitfall of internet love:

Still others had #CandyHeartRejects pics:

And other #CandyHeartRejects were just crassly hilarious:

#candyheartrejects you give second rate handjobs

#CandyHeartRejects Roses are red, violets are blue, does this cloth smell, like chloroform to you?