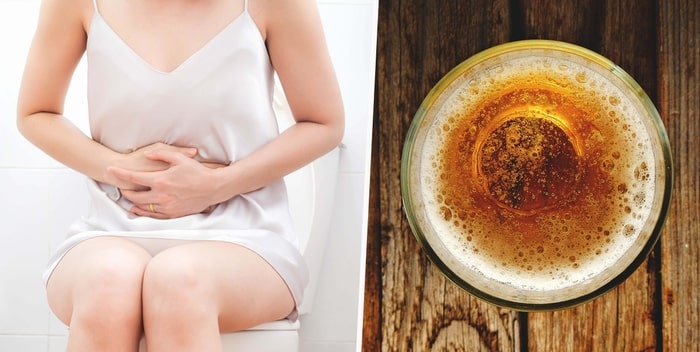 A Pittsburgh woman has become the first documented case in a human of an untypical condition where alcohol naturally infuses in the bladder from yeast fermentation.

The condition, which experts propose to call either ‘urinary auto-brewery syndrome’ or ‘bladder fermentation syndrome’, is similar to another super rare ailment, auto-brewery syndrome, where merely consuming carbohydrates can be enough to make you intoxicated, even without ingesting any alcohol via ordinary means. In the most recent case, physicians became aware of what appears to be a related syndrome, after treating a 61-year-old patient who had poorly maintained diabetes and liver damage.

The woman frequented UPMC Shadyside for placement on a waitlist for a liver transplant, with physicians having previously suspected her issues stemmed from addiction to alcohol, as a result of repeated urine tests testing positive for alcohol “Initially, our encounters were similar, leading our clinicians to believe that she was hiding an alcohol use disorder,” explained in a new case report by her doctors. “However, we noted that plasma test results for ethanol and urine test results for ethyl glucuronide and ethyl sulfate, which are the metabolites of ethanol, were negative, whereas urine test results for ethanol were positive.”

Moreover, in addition to consistently refuting having drunk alcohol, the woman did not seem to display signs of inebriation during trips to the clinic. “The experience we describe here of two liver transplant teams at different institutions demonstrates how easy it is to overlook signals that urinary auto-brewery syndrome may be present,” say the doctors. “Clinicians must be diligent about paying close attention to medical record documentation and laboratory results and should always investigate in the event of incongruences.”

Gift-giving isn’t just a seasonal affair between friends, families and acquaintances. The art of gift-giving is also conducted on a national scale with countries often sending each other big, weird and expensive gifts. Experts in all things gifts, Vanilla Reindeer put together some examples of these expensive and odd gifts that have been shared between… END_OF_DOCUMENT_TOKEN_TO_BE_REPLACED

There are lots of ways you can make Pres. Trump feel welcome: you can offer him coffee, or mow a penis into a field for him to view as his plane lands. The willie in question has been chopped by Born Eco ahead of the arrival of President Trump, who visited the UK Monday for… END_OF_DOCUMENT_TOKEN_TO_BE_REPLACED

The year isn’t even halfway over, yet Donald Trump has managed to make a fool of himself and our country countless times. From inviting the national college football champions, the Clemson Tigers, all the way to the White House for some McDonald’s to his to the dreaded results of Mueller’s investigation, it has been one… END_OF_DOCUMENT_TOKEN_TO_BE_REPLACED

Republicans have always said that when they gained control in Congress, they would work to overturn Roe v. Wade and here they are, cashing in on that promise one state at a time. So far, Alabama, Arkansas, Georgia, Kentucky, Missouri, and Ohio have all passed incredibly restrictive laws on abortions, making it illegal for women… END_OF_DOCUMENT_TOKEN_TO_BE_REPLACED

If you’re on Snapchat, then you’ve probably played around with (and were likely horrified by) their filter gender swap filters. While you’re probably using these filters to send hilarious pics to your friends, some guys using them to create Tinder profiles. What likely started out as a joke has quickly evolved, and these guys are… END_OF_DOCUMENT_TOKEN_TO_BE_REPLACED

“Milkshaking” is a hilarious trend in Britain where a milkshake is thrown at and ideally lands on a far-right politician or activist. The point of this nonviolence protest is to humiliate them without causing injury. Physical injury at least. There’s no doubt that milkshaking has led to a few bruised egos. Not only is this… END_OF_DOCUMENT_TOKEN_TO_BE_REPLACED