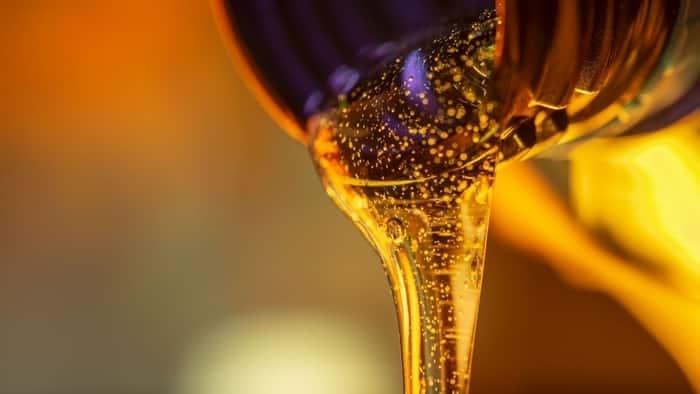 If you love rolling down your window at the gas station to inhale the aroma of gasoline, you can now release a petrol-scented fragrance oil inside your home.

Cosy Owl, a UK candle maker, has unveiled the new fragrance for all you kooks out there who savor taking in a surreptitious whiff at the gas pump. After conducting a survey on the more unconventional scents that folks like to snivel up, petrol trounced as if it were lilies – lilies drenched in gasoline. Richard Fewings, Cosy Owl’s managing director, spoke: “When deciding our 2020 product range, we wanted to get the opinion of the public on which scents they would most like to see introduced.

“We were looking for quirky fragrances to add into our range, and as petrol (45%) was voted as the most desirable scent this will now be added to our range as a new fragrance oil. You don’t just have to be a petrolhead to be a fan of this unusual scent!” The mentioned poll, which the company conducted themselves, asked the general public to state their most beloved scents which would not typically be in everyday fragrance products around the home. The top five were: Andrex Loo Roll – Green packing (2%), Cow Manure (6%), Prosecco (21%), Orange Blossom (26%), and Petrol (45%).

The survey was run across Twitter and Facebook during January of this year. Views were examined across Instagram, Facebook, and Twitter. The invention of the latest ‘petrol scented’ fragrance oil for candles would suit the abodes of petrol zealots perfectly, as well as others that confessedly appreciate the scent. While petrol is a pretty peculiar scent and one that surely draws concern, Cosy Owl has insisted that their petrol scented fragrance oil is not as hazardously flammable as actual petrol and is safe to use just like any other house candle.

You Can Now Purchase KFC Gravy Candles For Your Home

Gift-giving isn’t just a seasonal affair between friends, families and acquaintances. The art of gift-giving is also conducted on a national scale with countries often sending each other big, weird and expensive gifts. Experts in all things gifts, Vanilla Reindeer put together some examples of these expensive and odd gifts that have been shared between… END_OF_DOCUMENT_TOKEN_TO_BE_REPLACED

There are lots of ways you can make Pres. Trump feel welcome: you can offer him coffee, or mow a penis into a field for him to view as his plane lands. The willie in question has been chopped by Born Eco ahead of the arrival of President Trump, who visited the UK Monday for… END_OF_DOCUMENT_TOKEN_TO_BE_REPLACED

The year isn’t even halfway over, yet Donald Trump has managed to make a fool of himself and our country countless times. From inviting the national college football champions, the Clemson Tigers, all the way to the White House for some McDonald’s to his to the dreaded results of Mueller’s investigation, it has been one… END_OF_DOCUMENT_TOKEN_TO_BE_REPLACED

Republicans have always said that when they gained control in Congress, they would work to overturn Roe v. Wade and here they are, cashing in on that promise one state at a time. So far, Alabama, Arkansas, Georgia, Kentucky, Missouri, and Ohio have all passed incredibly restrictive laws on abortions, making it illegal for women… END_OF_DOCUMENT_TOKEN_TO_BE_REPLACED

If you’re on Snapchat, then you’ve probably played around with (and were likely horrified by) their filter gender swap filters. While you’re probably using these filters to send hilarious pics to your friends, some guys using them to create Tinder profiles. What likely started out as a joke has quickly evolved, and these guys are… END_OF_DOCUMENT_TOKEN_TO_BE_REPLACED

“Milkshaking” is a hilarious trend in Britain where a milkshake is thrown at and ideally lands on a far-right politician or activist. The point of this nonviolence protest is to humiliate them without causing injury. Physical injury at least. There’s no doubt that milkshaking has led to a few bruised egos. Not only is this… END_OF_DOCUMENT_TOKEN_TO_BE_REPLACED