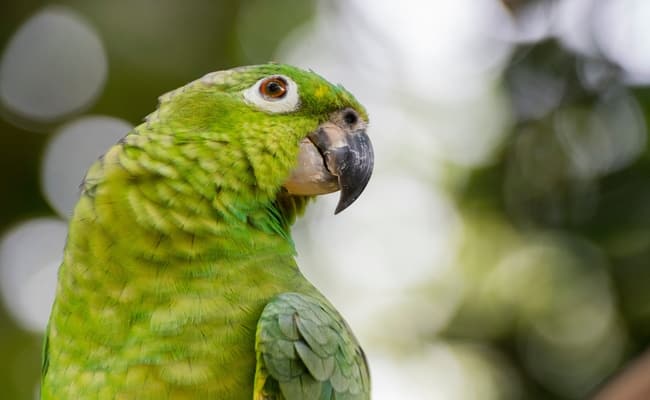 A concerned neighbor called 911 after hearing what she presumed was a lady screaming “Help, help, let me out!”—however, it turned out to be a parrot.

Four sheriff’s deputies arrived at a Lake Worth Beach residence on Tuesday and discovered a man working on a vehicle on his driveway. The shrieks that led a neighbor to feel a woman was potentially being held captive could be heard shortly before the police arrived at the residence in footage nabbed by the Ring video doorbell app. “I’ll bring the screamer out to you,” the gentleman, who has not been identified, told the deputies after being probed about the noise coming from his abode. Moments later, he recovered the source of the screams—Rambo, his 40-year old parrot.

The parrot is seen greeting the deputies, who seem to share a laugh before departing the house. “Our Deputies in Lake Worth Beach came to the help of someone screaming for help. Hilarity ensued,” said the Palm Beach County Sheriff’s Office on Facebook. Rambo’s owner expressed that he had been fixing the brakes on his spouse’s car and had his pet bird on the outside porch, where the latter was talking and singing.

“Sometime later four police officers showed up saying a neighbor called because she heard a woman screaming for help,” he stated. “I promptly introduced the officers to Rambo and we all had a good laugh. Afterward, I also introduced Rambo to the neighbor who called in the screaming. She too had a good laugh.” The guy noted he had taught the pet bird to scream when he had kept the parrot in a cage when he was a youth. “Sometimes Rambo yells ‘help, help, let me out’. Something I taught him when I was a kid and Rambo lived in a cage,” added the man.

Screaming Dog is the Best Dog Video You Will EVER SEE