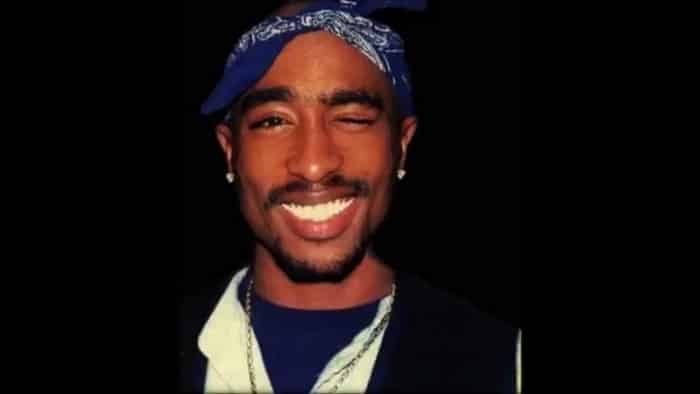 A man alleging to be Tupac Shakur’s former bodyguard has claimed he ‘helped’ the late artist ‘fake his death’, sharing a video saying he too faked his own.

A year ago, it was reported that Michael Nice had passed away, just before he was set to release evidence that Shakur was still alive. Now he’s put up a video on YouTube, from a ‘undisclosed’ location (naturally), to break down that he in reality faked his own death last December in a bid to sidestep his enemies.

He stated: “My name is Michael Nice, I faked my death on 18 December 2018 and I’m here today, back from the dead to show why and how I had to fake my death. I done a Makaveli, exactly like Tupac, faked my death and escaped and that situation has alleviated a bit where I’m now in a safe position, I’ve got enough dirt on people – the right people – so that I can operate and bring this evidence forward.” He furthered that he came to ‘tell all.’

“I’ve overcome the people that were after me, threatening to kill my family. I am now on the run, I’m in hiding. Since my death I’ve taken steps to put things right. I’m still on the run from the British and American authorities but I’m now in a safe place where I can run my operations, I don’t use electronic communications at all. I don’t use a mobile phone. Since my death – or fake death as you now know – there was a lot of speculation in the Tupac world, a lot of his enemies were exposed and I intend to continue exposing his enemies.”

Nice added: “I’m here to set it straight, tell you everything that happened, how I faked my death, how in a way it almost confirms obviously with my experience – helping ‘Pac escape – I’ve done it again with myself, proof that I’ve got those capabilities. I’m back now to tell my story, put things straight and get on with the mission.”

Where Is Tupac? CIA Addresses Rapper’s Death On Twitter

The world is devastated by the news that Britain’s Prince Philip, the Duke of Edinburgh, has died at the age of 99. Palace media confirms that the Duke has expired mid-day today, April 9th. The announcement did not contain any specifics on the cause of death. The United Kingdom will enter a state of national… END_OF_DOCUMENT_TOKEN_TO_BE_REPLACED

Who would have known that religious prophets would be among the most loyal supporters of former President Trump? In fact, it has been observed that the most conservative Christians may have been the right amount of push for Trump’s presidential win back in 2016. Since Trump’s election back in 2016, numerous self-proclaimed “prophets” have been… END_OF_DOCUMENT_TOKEN_TO_BE_REPLACED

President Biden falls and slips multiple times on the Airforce One Steps and PEOPLE ARE GOING CRAZY! What’s the big deal? Some people are hating, while others are making memes just for the fun of it. We are all human, aren’t we? Everyone’s expected to stumble some time in their lives. However, with the internet… END_OF_DOCUMENT_TOKEN_TO_BE_REPLACED