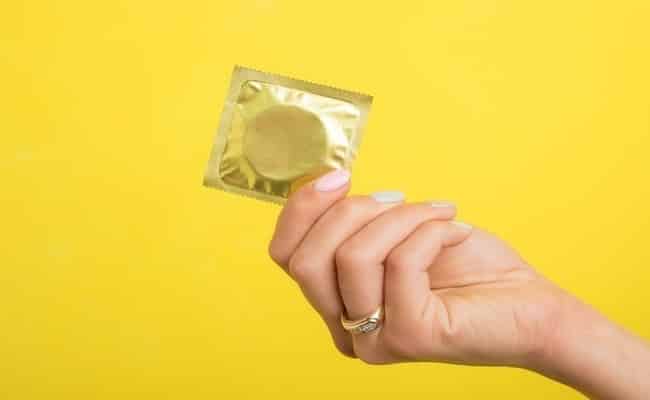 Vegan condoms don’t test on animals and don’t possess animal components. And due to that, you can now bone with a clear conscience.

“Condom fragments are inserted into rabbits for a vaginal irritation test. The rabbits are sacrificed, and their wombs are extracted to determine its suitability for people,” Gina Park, South Korea-based social venture Instinctus’ co-founder told reporters.

Instinctus retails sexual healthcare products, including personal lubricants, menstrual cups and Korea’s first vegan condoms. The 28-year-old, along with co-founders Seokjung Kim and Minhyun Seong, began with the clear purpose of making Korean folks’ sexual life wholesome and more natural. Park feels that testing intimate healthcare products like rubbers on animals are uncalled for, and that there are alternate methods of testing that don’t hurt animals.

“We have an alternative way [of testing] that avoids sacrificing animals. If we can do that, why not? I see this (vegan friendly step) as a necessity. To me, sustainability is something like the spirit of the times. I believe that not caring is backwards, and holds back businesses from growing,” said Park. “We put extra effort to grow our business by proving that our values are profitable as well as meaningful. We know there’s still a lot of people who are against the values we pursue. But what they can’t argue with are financial statements and success in the market.”

On the cover of Eve Condoms there’s the phrase: “Regardless of age, gender, sexual orientation, occupation, location, nationality, and sexuality – every single person on this planet is entitled to safer sex.” “The strong have the responsibility of trying to do something for the weak,” added Park, in highlighting the company’s values. This, she explained, is the commonness in their promo of veganism and their vindication of sexual minorities.

Recent trends have reported that K-pop fans in the US are getting mixed in with current issues in politics. K-pop fan communities are using online platforms to rally up and protest against racism in the United States. In support of the #BlackLivesMatter movement, the online K-pop community has come together in protest. Never has it… END_OF_DOCUMENT_TOKEN_TO_BE_REPLACED

Just this week, lawmakers approved a bill establishing the District of Columbia (D.C.) as the 51st state of the United States of America. This is after multiple calls and protests from the citizens to finally consider D.C. as a state.  However, the bill is not out of the woods yet as it faces multiple oppositions… END_OF_DOCUMENT_TOKEN_TO_BE_REPLACED