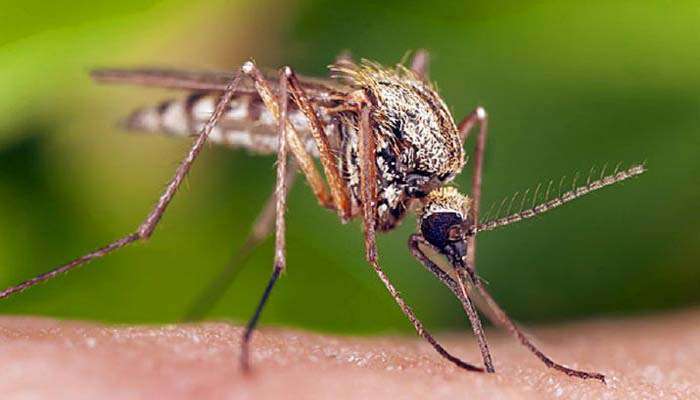 Joe Rwamirama, 48, alleges his farts can kill mosquitoes, and that a manufacturing company has hired him to assist in developing a new bug repellent.

They’re one of the deadliest creatures on the planet, however mosquitoes could soon be wiped off the map – thanks to Rwamirama’s farts. The reason for his bizarre insect-slaying farts remains undetermined, and he says that his windbreaks are ‘just like everyone else.’ Speaking to reporters, he claimed: “I eat ordinary food just like everyone else but no insect can lay a foot on me, not even a fly.

“I smell like a normal man and I bathe daily and my farts are just like everyone else, they are only dangerous to small insects and especially mosquitoes.” His extraordinary skill is well reputed across his hometown (Kampala), accordant to local barber, Jim Yoweri. Speaking to news outlets, he explained: “He is known all over the city as the man who can kill mosquitoes with his farts. When Joe is around we all know that mosquitoes will vanish.

“He is respectful of people around him and will only fart when there are mosquitoes around which bring malaria. His farts gets rid of this disease.” While the name of the manufacturing company remains a riddle, Rwamirama contends that they’re paying him ‘millions’ to assist in the craft of a new repellent. Without question, the news has ignited a series of jokes on the web.

On a Reddit thread regarding the press, one user quipped: “This is how real life X-Men begins,” whilst another joked: “I can make my dog get off the couch. Nobody’s writing articles about me.” And one kidded: “Imagine having a beer with your mate, and a mosquito lands on you, and he just gets up and rips a fat one on your arm and it dies instantly.”

Flatulence Can Blow Out Of Your Mouth If You Don’t Fart, Says Experts

Fancy Eating Insects? There Is Now A Vending Machine That Sells Edible Bugs

Will Smith disclosed in a podcast interview recently that he would “consider” running for president “at some point.” In an interview released Monday, the 52-year-old rapper told Crooked Media’s “Pod Save America”: “I think for now I’ll let that office get cleaned up a little bit. And then I’ll consider that at some point down… END_OF_DOCUMENT_TOKEN_TO_BE_REPLACED

Vaccination programs are currently on roll-out and countries that vaccinated for COVID-19 are talking. Questions are everywhere, and it is building up people’s anxieties about vaccination. How has the vaccine affected their population? Are the vaccines any good? Should we research more on newer vaccines? Can the vaccines kill the mutated virus? The answers change… END_OF_DOCUMENT_TOKEN_TO_BE_REPLACED

Texas Senator, Ted Cruz, received heavy criticism after taking a vacation to Cancun with his family in the middle of a crisis. The latest power crisis in Texas left hundreds of homes without electricity and water for more than 48 hours in negative degree weather. This has left the lives of many Texas residents in… END_OF_DOCUMENT_TOKEN_TO_BE_REPLACED