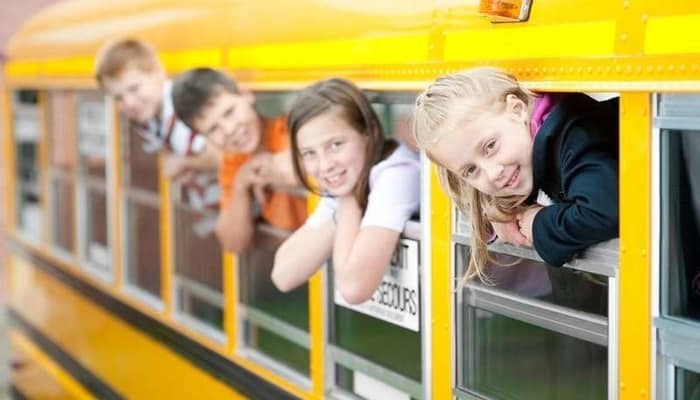 A school bus driver from Illinois was terminated and charged with drinking alcohol while transporting more than two dozen young students.

“When we put our children on the school bus in the morning, the idea is that we have placed our kids in the safe keeping of someone who is going to is going to take good care of them,” Kristen Ziman, Aurora Police Department Chief said at a press conference Friday afternoon, prior to releasing the perturbing footage. “It’s infuriating to believe that someone who is trusted with these children on a daily basis could potentially put them in this kind of danger.”

Aurora Police Department officers said they received a complaint from a First Student Bus Company manager who contended “an observant convenience store clerk” phoned the East Aurora School District 131, claiming they’d just sold beer to 44-year-old Michelle Passley and then witnessed her get onto a school bus and speed away, said the department.

“Aurora Police detectives opened a criminal investigation into the matter and began collecting evidence, looking at video clips and interviewing witnesses,” the department expressed in a statement. “Detectives learned the bus driver picked up the school bus around 6 a.m. on Friday and completed one route. She then stopped at a gas station in the 900 block of North Farnsworth Avenue and purchased two cans of beer, returned to the bus, and drove off.”

After examining surveillance footage, investigators unveiled that there were 32 elementary school children on the bus at the time. The now former school bus driver has been charged with two counts of endangering the health/life of a child and was released on a $100 bond, said the department, noting that it too got in touch with the Illinois Secretary of State’s Office to evaluate Passley’s commercial driver’s license.

To view Passley on the bus getting her sip on – click HERE.

Girl Dragged Down The Street By School Bus [Video]