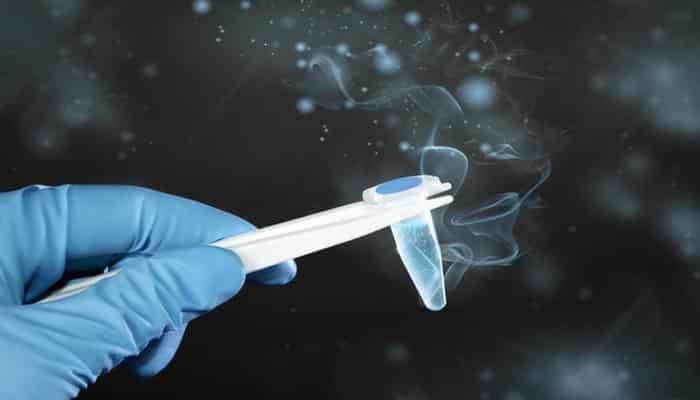 The world’s very first HIV positive sperm bank has opened in an attempt to reduce the ostracism experienced by persons living with the virus.

Sperm Positive has started with three male donors spanning over New Zealand who are living with HIV though possess an undetectable viral load, which means the amount of the virus in an individual’s blood is so low that it can’t be traced by standard methods.

While this doesn’t mean the virus has been cured, it does suggest that the treatment is working fine and so the HIV cannot be passed on – even through childbirth or sex without a condom. Damien Rule-Neal, a donor, was diagnosed with the virus in 1999 however was deemed undetectable after beginning treatment roughly 18 years ago.

He said there remains a lack of education among the New Zealand public regarding what an undetectable status entails, and that he had experienced stigmatization about living with HIV in both his personal life and work. “I have many friends who are also living with HIV who’ve gone on to have children,” he said. “Being able to help others on their journey is so rewarding, but I also want to show the world that life doesn’t stop post-diagnosis and help to remove the stigma.”

The online sperm bank stated it will be made transparent to people seeking a donor that they have the incurable virus but are on efficient treatment and thereby can’t pass the virus on. “I’m glad to say that in this time there have been great changes in public understanding of HIV, but many people living with HIV still suffer from stigma,” said Dr. Mark Thomas, an infectious diseases doctor. “Stigma can lead to inconsistent taking of medicines, and result in much less effective treatment of HIV, and risk of transmitting HIV. Fear of stigma and discrimination can stop people at risk from getting tested, and those living with HIV from accessing treatment and support.”

Gift-giving isn’t just a seasonal affair between friends, families and acquaintances. The art of gift-giving is also conducted on a national scale with countries often sending each other big, weird and expensive gifts. Experts in all things gifts, Vanilla Reindeer put together some examples of these expensive and odd gifts that have been shared between… END_OF_DOCUMENT_TOKEN_TO_BE_REPLACED

There are lots of ways you can make Pres. Trump feel welcome: you can offer him coffee, or mow a penis into a field for him to view as his plane lands. The willie in question has been chopped by Born Eco ahead of the arrival of President Trump, who visited the UK Monday for… END_OF_DOCUMENT_TOKEN_TO_BE_REPLACED

The year isn’t even halfway over, yet Donald Trump has managed to make a fool of himself and our country countless times. From inviting the national college football champions, the Clemson Tigers, all the way to the White House for some McDonald’s to his to the dreaded results of Mueller’s investigation, it has been one… END_OF_DOCUMENT_TOKEN_TO_BE_REPLACED

Republicans have always said that when they gained control in Congress, they would work to overturn Roe v. Wade and here they are, cashing in on that promise one state at a time. So far, Alabama, Arkansas, Georgia, Kentucky, Missouri, and Ohio have all passed incredibly restrictive laws on abortions, making it illegal for women… END_OF_DOCUMENT_TOKEN_TO_BE_REPLACED

If you’re on Snapchat, then you’ve probably played around with (and were likely horrified by) their filter gender swap filters. While you’re probably using these filters to send hilarious pics to your friends, some guys using them to create Tinder profiles. What likely started out as a joke has quickly evolved, and these guys are… END_OF_DOCUMENT_TOKEN_TO_BE_REPLACED

“Milkshaking” is a hilarious trend in Britain where a milkshake is thrown at and ideally lands on a far-right politician or activist. The point of this nonviolence protest is to humiliate them without causing injury. Physical injury at least. There’s no doubt that milkshaking has led to a few bruised egos. Not only is this… END_OF_DOCUMENT_TOKEN_TO_BE_REPLACED