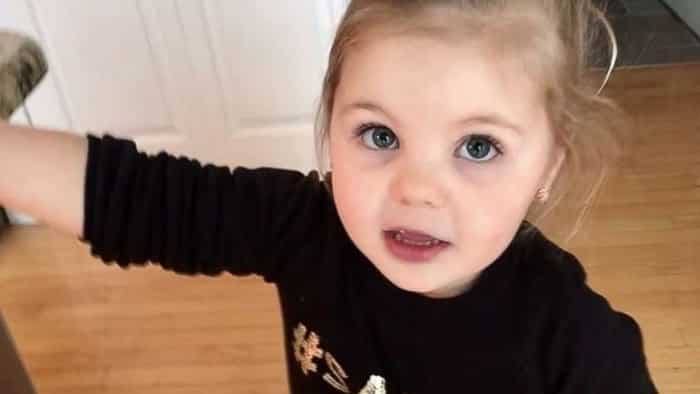 When questioned why she did it, Kynlee stressed to her mother, Kristen McFetridge that it was because lil’ Jack had asked for her hand in marriage. She captured the entire conversation on tape, which has gone viral since. “I took a headlock down on Jack and took him down,” a pleased Kynlee spoke to her mum. “Because kids don’t get married so that’s why I put a headlock down on him.”

Kynlee’s father, Scott McFetridge stated he first caught wind of his daughter’s UFC move when he went to the school to pick her up and noticed that she was on the ‘bad behavior chart.’ The teacher chuckled as she narrated Kynlee’s headlock attack and McFetridge expressed it took everything in him not to bust out laughing. “I was trying to be a good dad and reprimand her, but it was pretty hilarious,” he noted. “It was hard for me to stop laughing and put her in timeout but we made it happen.”

McFetridge explained he first began wrestling with Kynlee as a way to build her coordination and strength after she underwent open heart surgery at 5-months old. “It’s not like I taught her [a headlock],” McFetridge claimed. “I was just trying to get her stronger and coordinated and I guess she figured out what I was doing and I didn’t really realize she learned it. Every dad wants their little girl to put a headlock down on a boy, especially one who had a rough start like her. Hopefully she can still do that in about 12 years.”

Preschool Substitute Fired After Bullets Fall Out Of His Pockets

The world is devastated by the news that Britain’s Prince Philip, the Duke of Edinburgh, has died at the age of 99. Palace media confirms that the Duke has expired mid-day today, April 9th. The announcement did not contain any specifics on the cause of death. The United Kingdom will enter a state of national… END_OF_DOCUMENT_TOKEN_TO_BE_REPLACED

Who would have known that religious prophets would be among the most loyal supporters of former President Trump? In fact, it has been observed that the most conservative Christians may have been the right amount of push for Trump’s presidential win back in 2016. Since Trump’s election back in 2016, numerous self-proclaimed “prophets” have been… END_OF_DOCUMENT_TOKEN_TO_BE_REPLACED

President Biden falls and slips multiple times on the Airforce One Steps and PEOPLE ARE GOING CRAZY! What’s the big deal? Some people are hating, while others are making memes just for the fun of it. We are all human, aren’t we? Everyone’s expected to stumble some time in their lives. However, with the internet… END_OF_DOCUMENT_TOKEN_TO_BE_REPLACED