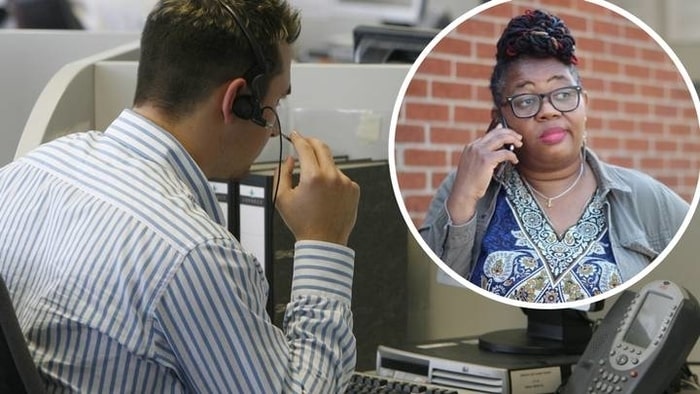 A woman has come out and said that her bank has mistaken her for a male as a result of her low-pitched voice.

Lorraine Chademunhu explained she’s fed up with telephone banking with a bank of hers. Since her Barclays branch shut down, she’s been forced to utilize telephone banking, however is quizzed continuously by phone staff. She stated for ‘at least twenty minutes’ she argues with them and has even attempted complaining formally – she’s been instructed that a note has been attached to her account, although thus far it’s made zero difference.

Chademunhu given up on telephone banking – taking on a new identity of ‘Derek.’ ‘Derek,’ said: “I can’t even add up the amount of hours I’ve spent on the phone being passed from pillar to post. I’m just so insulted and humiliated. I get it all – Sir, Mr Lorraine, buddy, the list goes on. I tell them you are speaking to Lorraine and then they just turn around and say ‘well is she there?’ It’s got to the point that she has avoided using telephone banking, but if she loses her purse or card, or can’t log into her account online, she has no choice.

“If I have to phone the AA when I breakdown or if I’m calling someone to fix the house I just go along with being a man to make life easier. That, I’m used to and I can understand as my voice is deep. But when it’s my own personal account and I’ve told them time and time again about it, it’s just poor customer care. It’s almost like I have to grow a pair of b*lls. It’s the same conversation over and over again. Yes and no back and forth. I didn’t ask for this voice. I’ve just had enough.”

Ex-Con Sticks Up Two Banks Armed With An Avocado

Trump is the First American President who gets impeached for the second time. Trump’s second impeachment became a trending topic on Twitter after the terrifying terrorist attack on Capitol Hill on the 6th of January. Twitter is at it again, being flooded with memes and Twitter jokes surrounding Trump’s second impeachment trial. Americans are trying to… END_OF_DOCUMENT_TOKEN_TO_BE_REPLACED

Twitter thoughts about the Capitol Riots posted by millions of Americans on the platform is a great read. Readers always get to see the two sides of a story. They get to learn what truly happened, what is the current development on the situation, and more. In this case, humor is always an easy defense. Many… END_OF_DOCUMENT_TOKEN_TO_BE_REPLACED