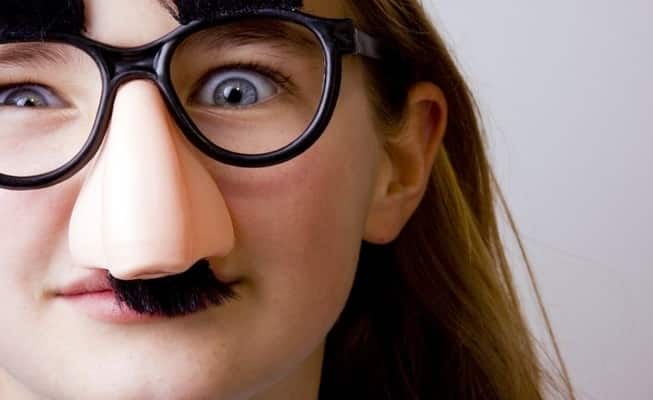 Researchers viewed various studies in which people compared humor between genders – without first knowing their sex – finding 63% of males were funnier than the average female.

The study contrasted normal people as opposed to professional comedians. “With comedy that’s the last thing you want,” Marina Bye told Radio 1 Newsbeat. “You want the worst and the best comedians to try because you never know. This study will cripple bravery. I really think it’s unnecessary to do this study. They could’ve done something progressive.”

Researchers from the University of North Carolina and Aberystwyth University analyzed 28 studies which probed how funny 5,000 people were. They desired to find out whether the stereotype that males are funnier than females was true. Lead researcher Dr Gil Greengross, writing in Psychology Today, said: “This stereotype is shared by both men and women – but of course, just because it exists does not mean it is true.”

In a lot of the studies they looked at, women and men were asked to compose a humorous caption to follow a cartoon – and then unbiased judges rated their hilarity without having knowledge of their gender. Dr Gil stated the results revealed that “to the best of our knowledge, on average, men appear to have higher humor production ability than women”.

On the radio, he furthered: “To clarify, the whole thing is not about ‘women are not funny’… obviously there are some very funny stand-up comedians and I know many female comedians, some personally. Sara Pascoe, for example, she’s a great comedian and she’s probably funnier than 99% of all males in the world… it’s just that on average we find there’s a difference.” He explains evidence hints wit plays a “major role in mating”. The lector noted women tend to seek a sense of humor in a mate as it is “strongly correlated with intelligence”. “Men, on the other hand, prefer women who laugh at their humor. That means that over our evolutionary history, men likely had to compete harder with other men to impress women with their sense of humor.”

Gift-giving isn’t just a seasonal affair between friends, families and acquaintances. The art of gift-giving is also conducted on a national scale with countries often sending each other big, weird and expensive gifts. Experts in all things gifts, Vanilla Reindeer put together some examples of these expensive and odd gifts that have been shared between… END_OF_DOCUMENT_TOKEN_TO_BE_REPLACED

There are lots of ways you can make Pres. Trump feel welcome: you can offer him coffee, or mow a penis into a field for him to view as his plane lands. The willie in question has been chopped by Born Eco ahead of the arrival of President Trump, who visited the UK Monday for… END_OF_DOCUMENT_TOKEN_TO_BE_REPLACED

The year isn’t even halfway over, yet Donald Trump has managed to make a fool of himself and our country countless times. From inviting the national college football champions, the Clemson Tigers, all the way to the White House for some McDonald’s to his to the dreaded results of Mueller’s investigation, it has been one… END_OF_DOCUMENT_TOKEN_TO_BE_REPLACED

Republicans have always said that when they gained control in Congress, they would work to overturn Roe v. Wade and here they are, cashing in on that promise one state at a time. So far, Alabama, Arkansas, Georgia, Kentucky, Missouri, and Ohio have all passed incredibly restrictive laws on abortions, making it illegal for women… END_OF_DOCUMENT_TOKEN_TO_BE_REPLACED

If you’re on Snapchat, then you’ve probably played around with (and were likely horrified by) their filter gender swap filters. While you’re probably using these filters to send hilarious pics to your friends, some guys using them to create Tinder profiles. What likely started out as a joke has quickly evolved, and these guys are… END_OF_DOCUMENT_TOKEN_TO_BE_REPLACED

“Milkshaking” is a hilarious trend in Britain where a milkshake is thrown at and ideally lands on a far-right politician or activist. The point of this nonviolence protest is to humiliate them without causing injury. Physical injury at least. There’s no doubt that milkshaking has led to a few bruised egos. Not only is this… END_OF_DOCUMENT_TOKEN_TO_BE_REPLACED