by James Kosur 10 years ago8 months ago

“My name is Derek Duba. I was born on July 19th, 1983 at 9:52PM in Waukegan, Illinois at Victory Memorial Hospital. I was adopted at 6 days old by Craig and Deborah Duba. I’m looking for my birth parents. Please LIKE and SHARE this picture!

The campaign has been so successful that Derek and his family started a Facebook fan page to update followers of his journey. The Facebook page can be found at Facebook.com/HelpDerekFindHisBirthParents.

“So, his adoptive parents just decided to send us a wealth of information. For now, that is the only updating we’ll do. We’ll be sure to keep everyone posted at the time goes on. Like many of you said, he’s totally prepared to NOT have a warm reception, and pretty much expects is, but he is curious to know either way. Thank you for your ongoing support!” 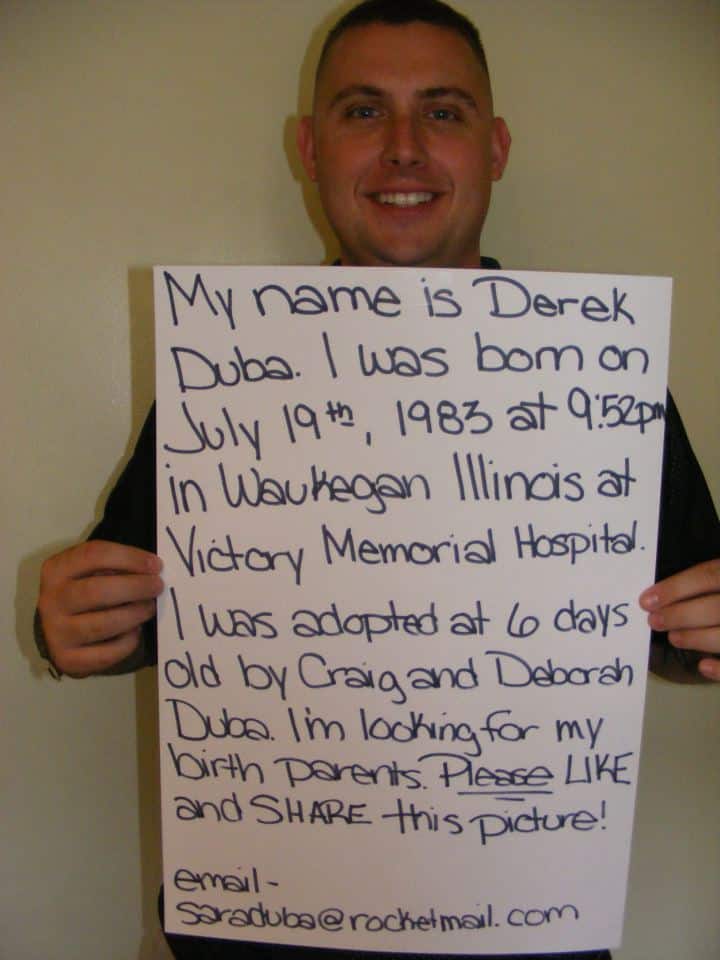 Head over to Derek Dupa’s page and like his post to join in the search for his biological parents.

“Adoption on Facebook” is currently a Google trending term and apparent adoptions via the social network are only matched by adults who are attempting to find their adoptive parents.