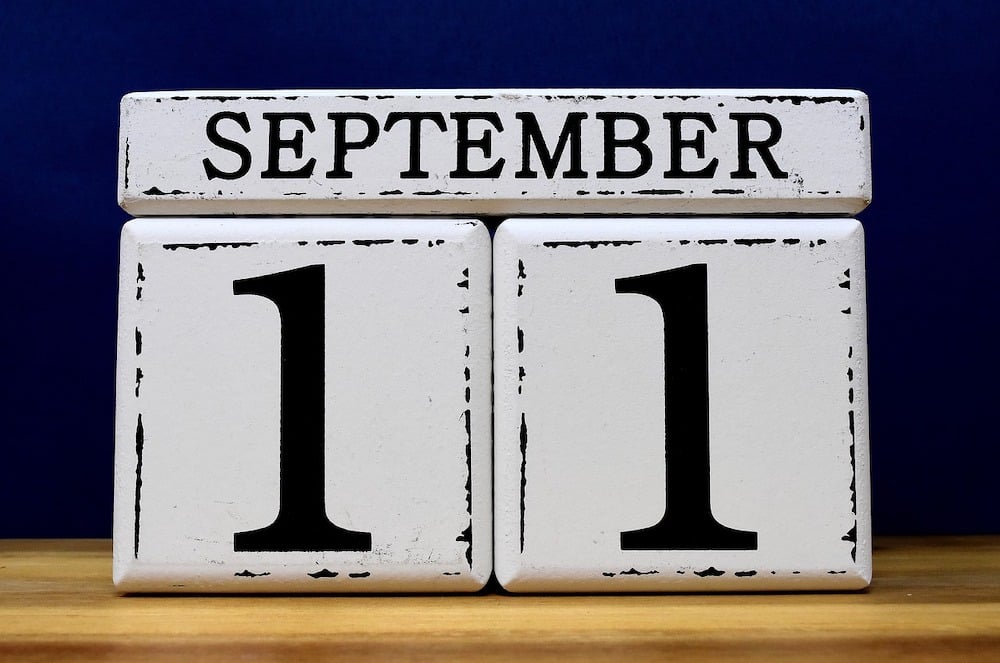 No one expected to encounter one of the most deadly, single-day terrorist attacks in United States history on September 11, 2001. The attacks that took place on that day took the lives of thousands of innocent Americans, and the tragedy has taken the lives of hundreds in the years following the incident.

The attacks caused much more than immediate health dangers for those in proximity of Ground Zero. Eighteen years following 9/11, thousands continue to report illnesses that resulted from the hazardous materials and toxic air they encountered while trying to evacuate the area. From first responders and volunteers, to schoolchildren and innocent civilians, the incident that took the lives of so many continues to affect those who were there that day.

Different research and studies conducted show that it takes time for these illnesses related to 9/11 to begin to show, with some illnesses taking up to 20 years to develop. The terrorist attacks have left these people struck with various chronic illnesses and cancers such as, but not limited to, cardiovascular disease, diabetes, hematopoietic cancer, lymphatic cancer, and prostate cancer.

To aid this, a fund was created to assist those impacted financially almost immediately after the attack. The 9/11 Victims Compensation Fund (VCF) was created to not only compensate those continuing to suffer from health issues related to the attacks on 9/11 and families who lost a loved one, but also to protect the airlines from potential litigation. The original fund ran from 2001 to 2004 and helped thousands by distributing more than $7 billion to eligible applicants.

Not all of the people who were eligible for the original fund actually applied, which surprised lawmakers involved in its creation. Aside from many not knowing about the fund itself, many found it too emotionally taxing to apply for the fund while they were still grieving. A month before the original deadline, only an estimated 60% of those eligible to file a death claim had done so. This lead fund officials to believe that they needed to extend the registration date. A week or so before the deadline, however, a surge of applications came through, negating this thought.

Eventually, the fund was reinstated under President Barack Obama in January 2011to last until 2020. The James Zadroga Health and Compensation Act of 2010 further supported those still directly affected by the terrorist attacks. Not only did this re-establish the Victim Compensation Fund by allocating almost $3 billion more in funds, but it also created the World Trade Center Health Program.

Because this occurred nearly a decade after the attacks, it was difficult to prove eligibility. Due to sparse recordkeeping during the aftermath, proving that you were an eligible applicant was no easy feat for those applying as it was difficult to find evidence to support that you were there during or following the attacks. Fortunately, these matters were dealt with on a case-by-case basis in an attempt to be as helpful as possible.

As the 2020 deadline is approaching, many consumers were concerned they wouldn’t be approved in time. After months of petitioning, the fund was extended to near-permanence by President Donald Trump, allocating more than $10 billion for the next 10 years and detailing further allocations until 2090. The Never Forget the Heroes: James Zadroga, Ray Pfeifer, and Luis Alvarez Permanent Authorization of the September 11th Victim Compensation Fund Act is available for those who were impacted by the terrorist attacks on 9/11.

Since the fund was extended, it is important for consumers to know that there are several things that are taken into consideration to be eligible for financial assistance through the VCF. Firstly, registration must occur within two years from when the claimant learned of their 9/11-related physical condition. If the condition was added to the list of eligible ailments later on, these two years starts from the date the condition was included.

The victim must get verification from the World Trade Center Health Program that their physical injury or related illness is on the eligible list in order to qualify for VCF eligibility. In some cases, victims can also be certified through the VCF Private Physicians process. Victims can also apply for eligibility before learning of an illness, which solidifies their right to claim at a later time. In doing so, all health conditions will be considered for financial compensation.

Those who do apply for the VCF also waive all rights to file lawsuits pertaining to injuries or any other illness suffered from the attacks that occurred on 9/11. If a lawsuit had already been pursued, victims have to prove that the lawsuit was settled, dismissed, or withdrawn. If a settlement did occur, the settlement amount will be withdrawn from the VCF award.

How did he die? An African American man, George Floyd, 46, was killed by Minneapolis Police officers. Floyd was being investigated for forgery. George Floyd’s death was caused by a police officer holding him down on the ground with a knee on his neck. He was not shot to death but instead strangulated. Now, his family… END_OF_DOCUMENT_TOKEN_TO_BE_REPLACED

The Blood Test, The Swab Test, and The Saliva Test      Essentially, there are three general types of COVID-19 testing produced so far. One is the rapid test, the second is the saliva test and the other is the swab test. The rapid test (also known as the anti-body test) uses blood samples. The swab test… END_OF_DOCUMENT_TOKEN_TO_BE_REPLACED

The COVID-19 pandemic is one of the biggest modern pandemics known in history. Currently, there are more than five million confirmed cases in the world, with a total of 333,000 deaths. A total of 1.6 million of these confirmed cases are in the US alone. The world is currently in a race of finding a… END_OF_DOCUMENT_TOKEN_TO_BE_REPLACED

Despite concrete data and research, people’s opinions will always be diverse when it comes to a variety of topics including religion, politics, gender, and more. Denial is a common reaction to many important discussions and serious world events. The COVID-19 pandemic does not differ from any issues and is subject to opinions from critiques all… END_OF_DOCUMENT_TOKEN_TO_BE_REPLACED

Back in January, when the Wuhan, China coronavirus broke out, it didn’t make it to the front page of newspapers, in print or virtual form. Today, January feels like a lifetime away. Like it or not, people around the world have adapted to the new normal – staying at home, frequent hand washing, and social… END_OF_DOCUMENT_TOKEN_TO_BE_REPLACED

Since the beginning of the year 2020, the whole world has been stupefied by the rapid spread of a deadly coronavirus known as COVID-19. World superpowers in the West were unable to prevent the virus from reaching their borders. Because of this fact, the novel coronavirus COVID-19 became a world-wide pandemic no less than three… END_OF_DOCUMENT_TOKEN_TO_BE_REPLACED