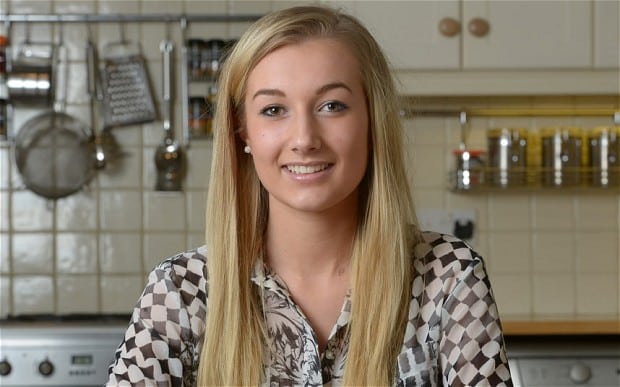 Lauren Marbe is a girl with an IQ of 161. While her IQ is higher than Stephen Hawking, Bill Gates and even Albert Einstein, she is also a 16-year-0ld girl with less than real world problems.

Marbe recently took the Mensa IQ test and scored a 161, a single point higher than the IQ experts believe Albert Einstein would have scored.

On her Twitter account you might expect Lauren to go all “Big Bang Theory” on her followers. Instead the teenager sounds just like we would expect from a girl in the midst of her teenage years.

We picked out a few of her less than brilliant Twitter moments:

awkward when your rushing so u choke on your frosted shreddies

if i let you go down my phone, you should feel priveleged. it doesnt happen often — ❤lauren (@laurensmarbe) January 24, 2013

well, its been quite a shit day

Presidential pardons are one and many in the history of the US. There are many times when US Presidents granted reprieves for their citizen’s misdeeds. The US President may grant a pardon for any individual, including himself, for any crimes done against the country and its citizens. This issue of Presidential pardons has been trending… END_OF_DOCUMENT_TOKEN_TO_BE_REPLACED

President Biden has tapped Rachel Levine to be his assistant secretary of health, making her the first publicly transgender federal official. In 2017, Democratic Gov. Tom Wolf appointed Levine to her current post, making her one of the few transgender persons serving in appointed or elected positions countrywide. Biden said in a statement: “Dr. Rachel… END_OF_DOCUMENT_TOKEN_TO_BE_REPLACED

The minimum wage hike has always been an issue in the US for the past decades. With only a few hours before Biden gets inaugurated as the President of the United States, people are excited for all his promises to take place. One of these is his plans to raise the minimum wage of workers… END_OF_DOCUMENT_TOKEN_TO_BE_REPLACED