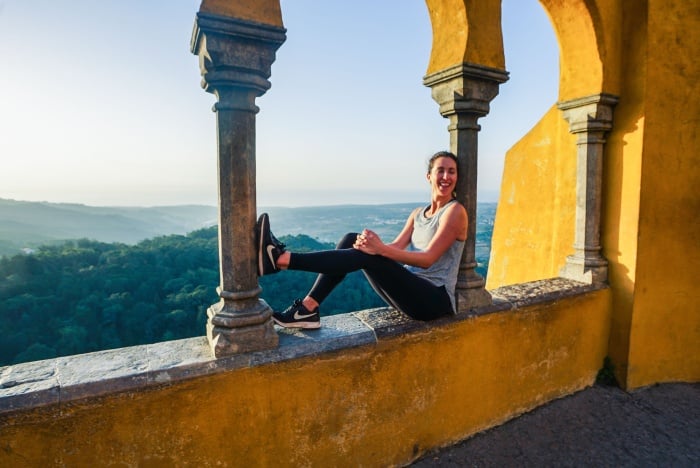 Nike is one of, if not the biggest player in the athletic apparel industry worldwide.

But is it big enough to accommodate women as part of its campaign?

As one of the most popular brands worldwide, there are currently no plans to launch a marketing initiative geared exclusively toward women.

Now, Nike is focused on getting its message out to kids, which is one of their biggest markets.

However, the time is ripe for the brand to reconsider getting something going – anything – for women.

Read on to find out more about what Nike has in store.

Their last fiscal year reported a whopping $36.4 billion in revenue. This year, a big part of their revenue will be coming from the kids category.

Nike stock surged in early trading and closed at a record-high $90.81 after they reported their earnings and sales that topped expectations.

Nike’s most recent back-to-school season of children’s footwear was a huge success.

According to Nike’s Chief Executive, Mark Parker, the children’s business is considered to be critical for the company’s income, although Nike Inc. stated that kids don’t get too much credit when they announce the company’s earnings.

He also stated that they had just experienced their biggest back-to-school season ever, giving them double-digit growth for the quarter.

Mark Parker added that parents buying more shoes on apps which is why the company invests in more dynamic imagery on their digital platforms.

They recently revealed a subscription service called Nike Adventure Club where parents can order shoes for their kids from ages 2 to 10 on a quarterly, bimonthly, or monthly basis.

It is meant to make the buying process for parents easier. Additionally, each box will have the child’s name and will have an activity guide, little gifts, or stickers to make it more exciting for the kids.

According to Coresight Research analyst Marie Driscoll, “People are looking to shop in the traditional venues a little bit less this year.”

This insight tells us that a hassle-free subscription service could become another big thing from the footwear giants.

More importantly, Nike saw the desire for their product and leveraged on that data. This just shows that they listen to what their consumers are telling them based on the sales from their recent back-to-school season.

Why should women be part of Nike’s key demographics

Nike is always finding ways to make their brand more inclusive and relevant to a wider set of customers.

He added, “If Q1 represents the start of a new, long chapter for Nike where it gains women’s apparel share, it would mean big earnings per share and stock price upside.”

This is how the conversation on including women on their main marketing agenda started.

While the kids’ shoes give a tremendous profit to the company, women’s business is at a steady 22% of overall sales of five years but only commands 0.6% on women’s apparel share.

UBS wrote in a note to its clients that “We believe women’s outgrew men’s in Q1 and accelerated quarter-over-quarter,” and “If Q1 represents the start of a new, long chapter for Nike where it gains women’s apparel share, it would mean big earnings per share and stock price upside.”

For analysts, it could be a low hanging fruit and there might be a big opportunity for Nike to maintain, or even double their revenues once again in the next quarter.

Nike on its business for women

Nike is still scaling their business to target under-penetrated areas, including women’s, hinting their plans to launch a new set of apparels for the 2020 Tokyo Olympics.

This shows that while the brand has its eyes on another set of demographics, they are still on who their customers are in other parts of the world.

Meanwhile, when it comes to rating Nike stock is rated neutral by USB and its target price raised by 9% to $95 from $87 while Baird rates it neutral as well with a $92 price target, which the company raised from $87.

The potential in the women’s business was not left unnoticed by Parker and other Nike executives as Parker said that the company saw a two-digit growth in women’s apparel and that it is “off the back of an incredible summer of celebrating female athletes.”

Furthermore, an increase in women’s apparel was noticed by Chief Financial Officer Andrew Campion who said that the business is growing “at a very strong rate” in North America.

Analysts wrote that Nike continues to take shares by delivering innovative products faster than competitors and continuing its customer interactions on digital platforms.

Children have been proven to drive Nike more sales. However, the potential to rise and dominate women’s sports apparel is highly likely as well.

This idea is backed by analysts who believe that women’s business represents the start of a long chapter for Nike.

The world is devastated by the news that Britain’s Prince Philip, the Duke of Edinburgh, has died at the age of 99. Palace media confirms that the Duke has expired mid-day today, April 9th. The announcement did not contain any specifics on the cause of death. The United Kingdom will enter a state of national… END_OF_DOCUMENT_TOKEN_TO_BE_REPLACED

Who would have known that religious prophets would be among the most loyal supporters of former President Trump? In fact, it has been observed that the most conservative Christians may have been the right amount of push for Trump’s presidential win back in 2016. Since Trump’s election back in 2016, numerous self-proclaimed “prophets” have been… END_OF_DOCUMENT_TOKEN_TO_BE_REPLACED

President Biden falls and slips multiple times on the Airforce One Steps and PEOPLE ARE GOING CRAZY! What’s the big deal? Some people are hating, while others are making memes just for the fun of it. We are all human, aren’t we? Everyone’s expected to stumble some time in their lives. However, with the internet… END_OF_DOCUMENT_TOKEN_TO_BE_REPLACED