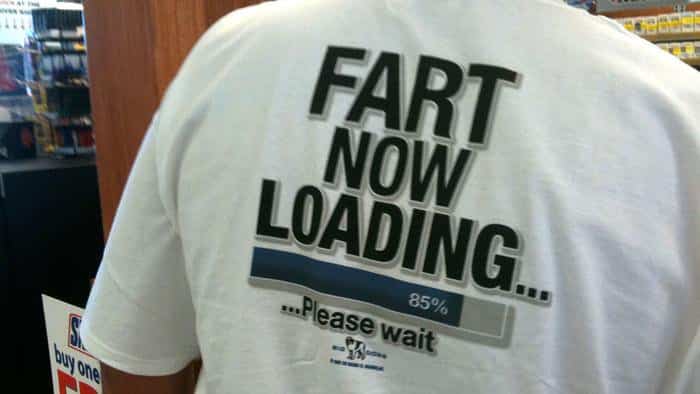 A man has been told by a judge to carry out unpaid work after he deliberately farted at police, muttering to them: “How do you like that?”.

Discontented Stuart Cook broke wind deliberately three times during a search after being busted with marijuana. Depute fiscal Alan Townsend stated police arrived after receiving a report of a collision and witnessed the 28-year-old standing adjacent to a vehicle conversing with the driver of another vehicle. He expressed: “Officers approached him and smelled cannabis.” Cook turned “irate” when he was detained and began yelling at officers. A search was ultimately carried out of the vehicle and Cook and a small amount of marijuana was unearthed. Cook continued acting in the same fashion as he was transported to the police station.

He “puffed out his chest towards officers” and “screamed expletives,” the court heard. He was strip searched at the station and instructed to bend over. Depute fiscal Lucy Simpson described, at a previous hearing, what took place next. She said he “deliberately farted in the direction of the officer three times, stating, ‘how do you like that?'”. Defense solicitor Laura Gracie spoke of her client: “He had been smoking a cannabis joint at the time and felt police overreacted in the way they dealt with him. He became increasingly upset with them and acted in the manner libelled.” Cook previously pleaded guilty to behaving in an abusive or threatening manner by screaming and shouting aggressively, displaying aggressive body language, possession of cannabis and making a lewd remark towards police and “intentionally flatulating” in the direction of police.

Flatulence Can Blow Out Of Your Mouth If You Don’t Fart, Says Experts

Kids Talk About Social Media, Compare It To Farts And Boogers

Trump is the First American President who gets impeached for the second time. Trump’s second impeachment became a trending topic on Twitter after the terrifying terrorist attack on Capitol Hill on the 6th of January. Twitter is at it again, being flooded with memes and Twitter jokes surrounding Trump’s second impeachment trial. Americans are trying to… END_OF_DOCUMENT_TOKEN_TO_BE_REPLACED

Twitter thoughts about the Capitol Riots posted by millions of Americans on the platform is a great read. Readers always get to see the two sides of a story. They get to learn what truly happened, what is the current development on the situation, and more. In this case, humor is always an easy defense. Many… END_OF_DOCUMENT_TOKEN_TO_BE_REPLACED