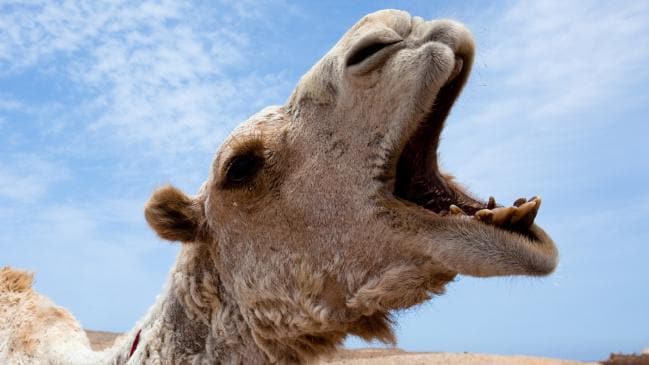 A Florida woman bit a camel’s testicles at a truck stop petting zoo in Louisiana — and was cited later for criminal trespassing, accordant to reports.

Louisiana authorities say at a truck stop petting zoo the camel sat on the lady after she crawled inside its enclosure. Evidently, the woman’s pet dog ran inside the enclosure and she chased the dog into it. She told detectives she bit the 600 lb camel after he sat on her. “I bit his b—s to get him off of me, I bit his testicles to get him off of me,’” remarked Iberville Parish Deputy Louis Hamilton Jr. to the paper. “Well, when he sat down, she was underneath him,” Pamela Bossier, the Tiger Truck Stop manager told local reporters. “I might feel kinda funny saying this on TV, but she actually bit him in his private area, that’s about as nice as I can put it.” The woman was transported to a hospital.

Police gave her and her mate summonses for not having their dog on a leash and on a trespassing charge. “The camel did nothing wrong,” Hamilton stressed to local news. “They were aggressive. The camel was just doing its normal routine.” The truck stop once owned a tiger, igniting yet another controversy. Bossier, claimed the tiger never attempted to attack anyone, nor have the establishment’s other wild animals, Caspar (the camel) included. “He’s really a gentle giant,” she spoke to the paper in regards to the camel.