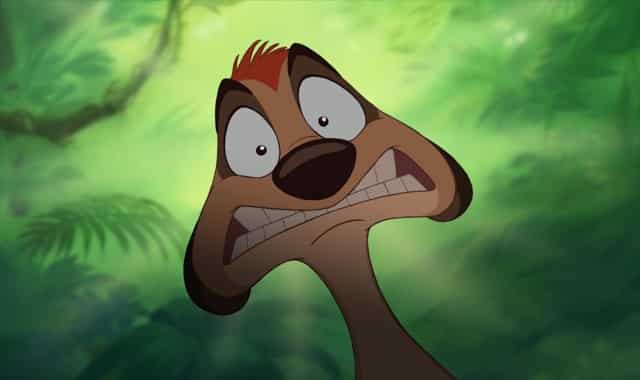 An affidavit alleging a Boy Scout leader sung ‘Hakuna Matata’ naked in front of troops will be tacked on to a pending $320m lawsuit against the organization.

Parents of two Troop 95 boys had filed the multi-million suit in March 2017, accusing the BSA (Boy Scouts of America) of being “grossly negligent, careless and reckless in their ownership, management, control, care, and maintenance” of their scouts. A mum who filed the lawsuit noted an April 2012 incident where a naked Michael Kelsey had performed “Hakuna Matata”—in front of her son and other kids—after an evening swim in a locker room. The boy’s mother signed a Dutchess County Supreme Court affidavit alleging Kelsey’s “hips [were] gyrating and penis swinging about” as he voiced “The Lion King” song. “He basically told me that he talked to the other boys and they didn’t see or hear anything,” the mother spoke to local news reporters, recounting the dialog with troop leader Richard Robbins. “He said maybe my son misunderstood what he saw. I said, ‘My son misunderstood a naked man singing ‘Hakuna Matata?’”

Four years following the complaint filed against Kelsey, he was convicted of sexually abusing two 14-year-old scouts during a camping trip overnight in August 2014. He was sentenced ultimately to five years in prison and 10 years of post-release supervision. “They [the boys] didn’t tell us,” the suing mom told reporters. “They formulated a plan to tell another assistant scoutmaster they trusted who then went directly to the scoutmaster and told him.” Referring to court records, a mother of one of the victims volunteered to have a taped telephone conversation with Kelsey. In court, Kelsey would try to vindicate the incriminating phone call as the consequence of a mental breakdown. “He admitted that he attempted to molest my son,” she remarked. “He said that he thought he was in love with my son. He also admitted molesting (the other teen) and that he had these feelings all the time and that he can control himself.” Reportedly Kelsey, a disbarred lawyer, has plans on representing himself during civil proceedings.

The Blood Test, The Swab Test, and The Saliva Test      Essentially, there are three general types of COVID-19 testing produced so far. One is the rapid test, the second is the saliva test and the other is the swab test. The rapid test (also known as the anti-body test) uses blood samples. The swab test… END_OF_DOCUMENT_TOKEN_TO_BE_REPLACED

The COVID-19 pandemic is one of the biggest modern pandemics known in history. Currently, there are more than five million confirmed cases in the world, with a total of 333,000 deaths. A total of 1.6 million of these confirmed cases are in the US alone. The world is currently in a race of finding a… END_OF_DOCUMENT_TOKEN_TO_BE_REPLACED

Despite concrete data and research, people’s opinions will always be diverse when it comes to a variety of topics including religion, politics, gender, and more. Denial is a common reaction to many important discussions and serious world events. The COVID-19 pandemic does not differ from any issues and is subject to opinions from critiques all… END_OF_DOCUMENT_TOKEN_TO_BE_REPLACED

Back in January, when the Wuhan, China coronavirus broke out, it didn’t make it to the front page of newspapers, in print or virtual form. Today, January feels like a lifetime away. Like it or not, people around the world have adapted to the new normal – staying at home, frequent hand washing, and social… END_OF_DOCUMENT_TOKEN_TO_BE_REPLACED

Since the beginning of the year 2020, the whole world has been stupefied by the rapid spread of a deadly coronavirus known as COVID-19. World superpowers in the West were unable to prevent the virus from reaching their borders. Because of this fact, the novel coronavirus COVID-19 became a world-wide pandemic no less than three… END_OF_DOCUMENT_TOKEN_TO_BE_REPLACED

For months since the start of 2020, the attention of the world has focused on immediate response efforts to contain and combat the novel coronavirus, also known as COVID-19. The deadly virus has pushed millions of people into isolation.  This kept people in their homes for weeks and months away from their work, their friends,… END_OF_DOCUMENT_TOKEN_TO_BE_REPLACED